Home » articles » Bright Eyes: Down In The Weeds, Where The World Once Was – Review 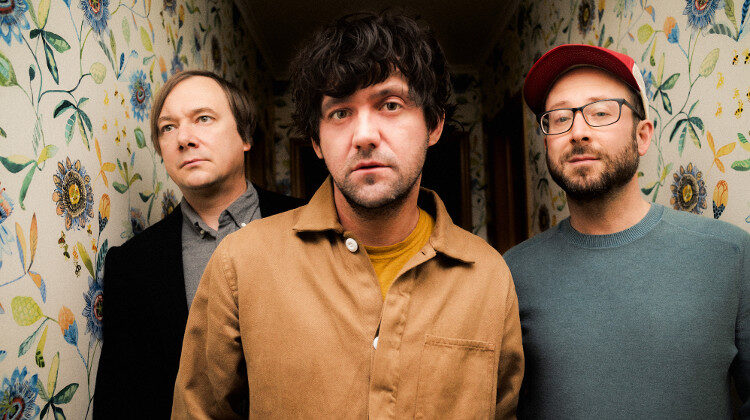 Returning from an unofficial hiatus, Bright Eyes create a beautifully reminiscent mix of sounds and structures accompanied by thought-provoking lyrics.

With a steady flow of songs released over the last few months Conor Oberst, Mike Mogis and Nathaniel Walcott have gradually whetted the appetite for new album Down In The Weeds, Where The World Once Was. There’s a lot going on in the world right now and an album of reflection and self-analysis may be what some need – Bright Eyes are here to provide. With a rhythm section including appearances by The Mars Volta’s, Jon Theodore and The Chili’s, Flea, the album bounces off the ever-changing sounds of Bright Eyes back catalogue but also brings in new stability and substance that’s grounded in some wonderfully tailored lyrical work.

Starting off with an unofficial Bright Eyes-esque opening of filtered, cryptic words and sounds, we eavesdrop on snippets of, at times, very relatable and poignant conversations. At one point a woman states: “Think about…what they need right now… to feel like there’s something to look forward to”. The current pandemic is one parallel we could take from this with more hidden messages and subtle nuances littered throughout the record.

The comparisons continue on the delightfully structured Dance and Sing opening with the line “Got to keep on going like it ain’t the end, got to change like your life is depending on it.” It’s a track that feels straight off Bright Eyes classic record I’m Wide Awake, It’s Morning with slowly simmering instrumentation building on a country-folk sound and strings that soar when needed. Previous release Mariana Trench once again has Conor flexing his fine poetic muscles amongst a more digitally influenced atmosphere with beautiful melodies and a chorus that begs to be tapped along to. “Selfishness has currency, people spend more than they make” sings Oberst, perfectly constructing a flippant and downbeat view of the world that’s instantly relatable. One and Done’s sterile yet poetic nature builds beautifully in a gothic-romantic atmosphere with what must be the influence of the aforementioned Flea from Red Hot Chili Peppers and his unmistakable bass work flitting about the track in the more stripped back sections.

As the record moves onwards, there’s no let-up in inventiveness, wordplay or sense of purpose that Bright Eyes manage to bend to their will. The Celtic-themed Persona Non Grata’s gentle piano line flows cosmically into a spiralling chorus of bagpipes (yes, you heard me correctly) whereas Forced Convalescence bounces along on another beautiful bassline that suits the melancholy but jaunty pace, allowing the listener to really focus on Conor’s lyrics before being thrown into a beefier and all-encompassing sound.

The album winds down in fine style with the inquisitive and forward focussing Calais to Dover finally letting loose big guitars in its later parts and Oberst once again releasing his innermost anxieties on one of the most emotion-laden tracks of the record. It then finishes on the gentle and self-reflecting Comet Song featuring melodies that John Lennon would be proud of amidst beautifully tailored string work.

Down In The Weeds, Where The World Once Was is the record the world needs right now. You get the feeling that Bright Eye’s have really missed working together but glad they waited this long to release new material. Any sooner and we may have missed out on such a complete record that ebbs and flows to perfection. Conor Oberst has lost none of his skill at creating subtle and highly relatable lyrics whereas the rest of the band perform to perfection in creating an ever-changing atmosphere to push the points home. A truly wonderful return from a truly wonderful band.