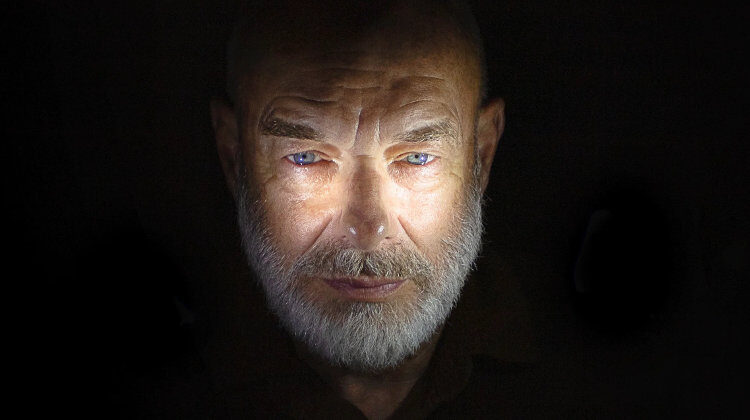 Spanning five decades, the ambient master and ex-glammer rounds up killer songs and themes from classic films such as Trainspotting, Dune, Beyond The Clouds and Heat for the first ever compilation of his film and television soundtrack work.

Brian Eno could never be accused of resting on his laurels, playing it safe and disengaging with the modern world. Hot on the heels of his triumphant recent collaboration with brother Roger and the release on vinyl of 2018 Rams’ score for Record Store Day, Film Music 1976-2020 collates highlights from his copious soundtrack projects (from Sebastiane to We Are As Gods) that function as a sequel of sorts to 1978’s canonical Music For Films and its 1980’s follow-up instalments.

Whilst some selections are familiar and totemic (Deep Blue Day and An Ending (Ascent), from Apollo: Atmospheres & Soundtracks) the collection also houses a range of work that hasn’t seen the light of day for decades and even seven newly available items. Pieces from projects by such distinguished directors as David Lynch, Danny Boyle and Michelangelo Antonioni feature on a set that chimes with an otherworldly gravitas.

The gauzy Ship In A Bottle, taken from Lovely Bones, is typical of the veteran sound sculptor’s approach: a wash of languid, drifting ambience scattered with eerie, ominous gurgles. Extracted from Derek Jarman’s iconic Jubilee, Dover Beach is more minimal, a modest and quietist summoning of the end of the world, and Blood Red from the BBC Arena film on Francis Bacon is similarly languorous and somnambulant. Elsewhere, his contribution under the Passengers umbrella from Antonioni’s Beyond The Clouds juxtaposes Bono’s murmurs with a haunting piano refrain and a creepy guitar figure.

A classic Eno track quivers on a fault line between floating, woozy melody and doleful slouch. Keyboards and synths sway like trees on a summer afternoon and the serpentine accumulation of fine details such as shards of static or guitar dissonance put the glistening reverie into sharp relief.

Throughout this fascinating and gratifying document of film music is an admirable singularity of purpose, a consistency of soundscape design which gets gradually modernised and subtly cross-fertilised – the latter-day pieces channel something of the pensive cadences of post-rock, for example  – whilst remaining faithful to the composer’s subliminal transmission of translucent awe and pristine serenity.