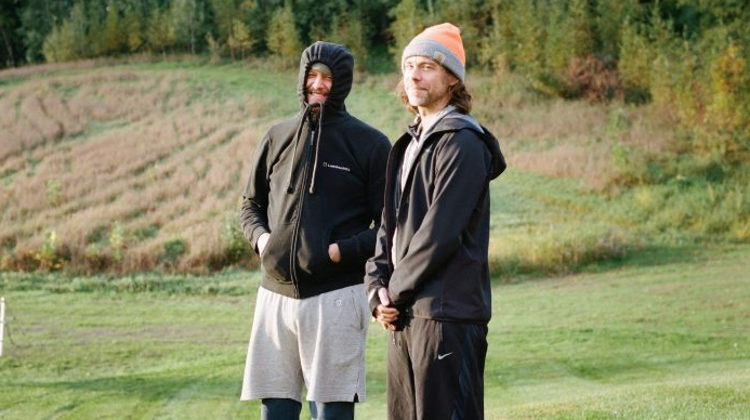 Big Red Machine delve into their discography once again in a sharply executed indie-folk record with terrific guest artists.

To say that 2020 was not a good year for most people would be a vast understatement. But one of the brightest spots of the year (and one of the only good things) was Taylor Swift’s surprise albums Folklore and Evermore. Produced by Aaron Dessner, the albums spawned a big re-imagining of what Swift was capable of in her career, delivering her best albums to date in my opinion.

And one of the reasons why the albums were so great was because of the production from Dessner and company. Plus, Justin Vernon’s vocals on Exile and Evermore were a tremendous mix of chilling yet powerful capabilities. I’ve always been a massive fan of Swift ever since I was a little kid, but her new work is my favorite. Whenever Swift works with Vernon and Dessner, it’s going to be gold.

They’re amazing musicians and that’s displayed beautifully yet again on their second studio album as a band – Big Red Machine – titled How Long Do You Think It’s Gonna Last? An album with more than an hour’s worth of collaborations that will make you feel sad, happy, and uplifted throughout the mesmerizing journey.

I had a feeling this album was going to be great as soon as it kicked off with Latter Days which is a hard-hitting, emotional piano ballad featuring Anais Mitchell, an artist I had never heard of but I’m extremely glad I discovered now. Her vocals are full of sadness but carry with them so much strength.

There are a few songs on this record that don’t feature any artists and instead focus on the vocal talents of just Dessner and Vernon. Reese is an example showing the incredible dexterity of the duo. It’s a five-minute track that implements genres such as soft-rock and folk, building its way forward and a treat to listen to.

From here we move into Birch, the first of two Taylor Swift features on this album – let me tell you, I’m not sure which I prefer. Birch or Renegade. They’re both excellent tracks that simply wouldn’t be the same had Swift not featured on them. There’s something so special and riveting about her vocal style – especially with her folk sound – that you can’t get anywhere else. It’s hard not to feel the heavy emotions present when Swift sings “If you cannot tell until you ride away / If I’ll stay a spell, if I cannot stay / I am less at ease under beds like these”.

This transitions beautifully into the second and final Swift feature, Renegade, which, on second thoughts, is my personal favorite from the album. Swift, Dessner, and Vernon are a dream team of writers, and it’s never more present on this track with lyrics such as “Is it insensitive for me to say ‘get your shit together’ so I can love you? / Is it really your anxiety that stops you from giving me everything? Or do you just not want to?”.

Easily the most packed song full of artists on the record is Hutch, which features Sharon Van Etten, Lisa Hannigan, and Shara Nova. It’s not one of my personal favorites because of how cluttered it is with all these different singers, but it is definitely unique to hear all their distinct vocal ranges. One of the final tracks on the album, June’s a River, is definitely one that left a good impression on me.

Each track on How Long Do You Think It’s Going To Last? from Big Red Machine is magnificently crafted and carefully thought through. When the album approaches its final few hurdles it can feel a bit repetitive but thankfully, the production from Dessner and Vernon plus the guest vocals from the wide array of singers make this album truly special. If, like me, you are a massive fan of folklore and evermore and want more of that sound, seek out this record. It’s not the much-wanted Woodvale from Swift, but it’s the same style of her previous records and an excellent display of the group’s talents.