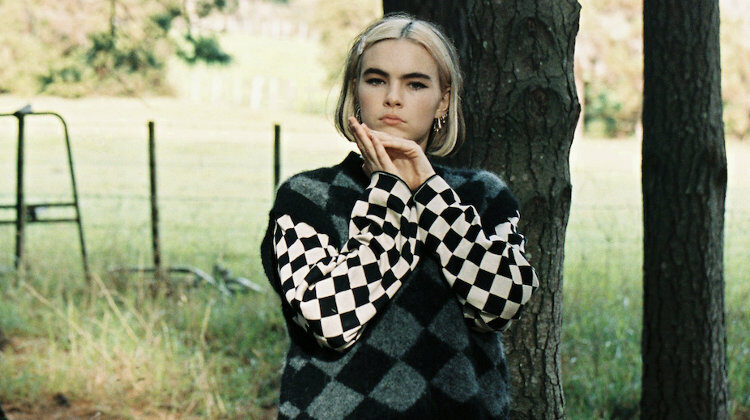 BENEE flits from genre to genre with ease on her highly anticipated, feature-laden debut album, hey u x.

BENEE has that kind of natural flow to her music that many artists would kill for. Even though this is her debut album release, she’s already a household name in her home country of New Zealand and becoming bigger by the day around the rest world. hey u x cements this artist’s path to the top, tailoring her distinctive, flowing sound but never afraid to take different directions when necessary.

Happen To Me kicks off the record with its gentle vocals and alt-pop attitude that is a mainstay of the album’s underbelly, even if the singer switches up the sound regularly. Like many Gen Z’ers, BENEE has the great quality of being able to discuss topics such as anxiety and mental health with ease, with the track seemingly performing self-medication which sits as an undercurrent to the entire record. “I think about these things too much, my mind likes to wind itself up” sings BENEE, amongst fast-paced bits, settled, flowing synths and beautifully fast and gentle juxtapositions. Same Effect follows with a more lofi base but once again featuring those faster-paced drums as BENEE wears her heart on her sleeve about her loneliness amongst pretty sounds and a playful bassline.

With the star’s fan-base already well-established with big-hitting EP’s FIRE ON MARZZ and Stella & Steve laying some great groundwork, it’s allowed BENEE to include some big named ‘feature tracks’ on the record. Grimes makes an appearance on Sheesh, tightening up the electro-dance sound and playful beats amongst addictive melodies with Lily Allen and Flo Milli popping up on the delightfully somber, Plain.

The tracks with added star appeal never feel like they’re taking over the sound of the record with BENEE still the primary influence throughout, with the guests just providing added flavour to the already strong ideas. Night Garden featuring Kenny Beats and Bakar is an album highlight in this sense, BENEE’s faux-rap flow fitting in seamlessly with layered, pitchy vocals and an addictive alt-pop attitude.

As we get to the later cuts it feels as though the artist becomes a little more comfortable, able to settle into her groove and expand ideas even further. If I Get To Meet You’s pacey synths this time meet the groove of the drum track on the same level against a full and enticing chorus, with the record ending on the acoustically poised CU, showing BENEE switching to a more indie-folk sound to close out the album with ponderings of where a relationship is going and what she wants from life.

hey u x is a confident and versatile record that BENEE should be proud of. She seems to be able to create music with an ease and grace that only comes with being confident in yourself and willing to open up your deepest thoughts to your audience. BENEE never shies away from difficult topics, wrapping them all in beautiful flowing melodies and structures that flit from lo-fi beats to dance-laden joy to indie-pop entitlements throughout. The singer feels comfortable in whatever she tries, making for a dreamy debut that comes out of its shell the more you listen.