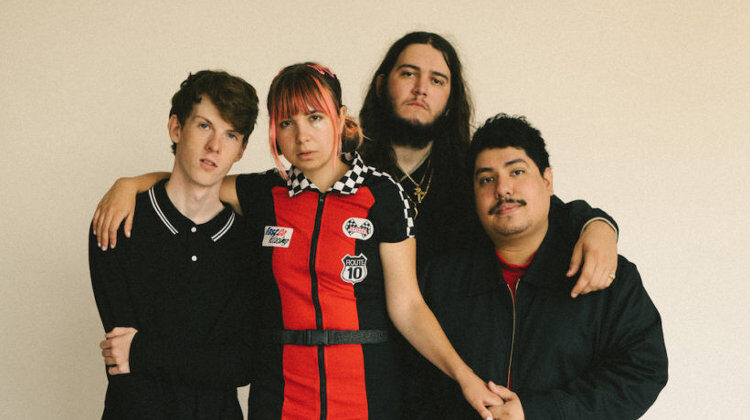 Beach Bunny return with new EP Blame Game, inviting us into their beguiling and grungy indie-pop world that gives a little more with each listen.

Chicago-based indie-rock poppers Beach Bunny have been surfing on a wave of enthusiasm since their first full-length LP Honeymoon was released early last year. Managing to get back in the studio for a week during August at a time when it was difficult for anything to get made (thank you covid…), singer Lili Trifilio et al managed to belt out the new Blame Game EP in a week, which has created a busy yet introspective sound that really grows in stature the more you listen.

Opening with previously released track Good Girls (Don’t Get Used) we’re instantly welcomed into Beach Bunny’s bouncy, indie-pop world as Lili Trifilio’s vocals form the focal point against bright melodies and a catchy atmosphere. The singer’s sass is there for all to hear as Lili rattles off biting lyrics calling out those that create toxic relationships and breed immaturity. It’s a barnstorming opener that shows Beach Bunny had so much more to give after their intriguing first LP and letting it all hang out on this EP.

Love Sick follows, starting off more stripped back but quickly arriving at a big and brash chorus that ups the pace and speeds off in a satisfyingly playful direction. This boldness followed by bass-laden contemplative sections works well and allows you to drink in Lili’s perfectly suited vocals as she belts out “I’m getting sick of patching myself up”. Nice Guys then takes us on a 90s garage rock-infused burst of energy and power chords that plays to the strengths of the band’s simple layers and pop mentalities.

Finishing with the EP-titled Blame Game allows the band to reminisce on where they’ve been and the journey they’ve taken over the last year, with Lili delving deep into tired and boring relationships that lead nowhere and also touching on victim-blaming. It’s a deep introspection of society’s sometimes dated views of what a woman should be which helps to empower women and make you wonder how we can fix this problem for good.

The Blame Game EP is a continuation of Beach Bunny’s beautifully crafted indie-rock sound that lyrically tackles emotions, relationships, and society. The band may have belted this out in the studio over one week, but the lyrics feel more tailored and thoughtful than the big brash sound and bold intricacies which helps create a lovely contrast. Here’s looking forward to the next full-length.