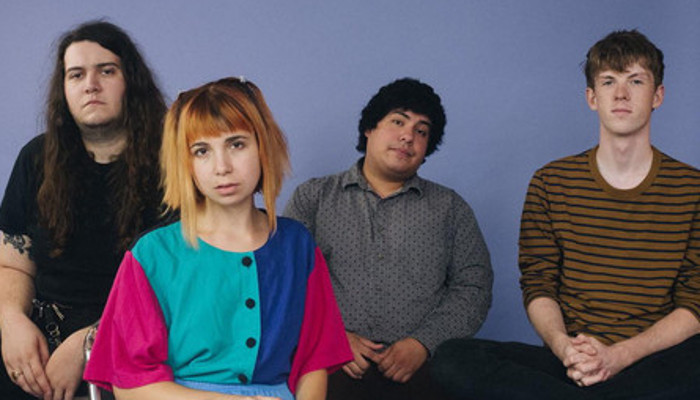 Chicago-based band Beach Bunny have announced their eagerly anticipated debut LP Honeymoon set to be released on Valentine’s Day (February 14th) in 2020. The record will be released through Mom + Pop, following on from four self-released EPs that include fan favourite and big streaming hitter, Prom Queen.

The four-piece, fronted by Lili Trifilio, have created a sound that transcends barriers but also steeped in 90s grunge, quiet-grrrl tones and surf-rock guitars. Starting as a 2015 bedroom pop solo project, it’s grown in stature and presence over the years, now including Mat Henkels (guitar), Anthony Vaccaro (bass) and Jonathan Alvarado (drums). Their emotional and honest tracks have a ‘coming of age’ vibe that brings with them an energy that really comes alive not just on record, but at their raucous and spirited live shows.

On new album Honeymoon, Trifilio describes it “for anyone who has felt uncertain and doubtful about their future and had the courage to dive in and choose optimism and love.” Recorded at iconic Chicago studio Electrical Audio, the album promises to be a jump forward for the band and show the world what they’re all about.

To gear up for the release of Honeymoon, Beach Bunny have recently released new single Dream Boy. Inspired by summer love, the track once again hits on those fresh feelings of love, loss and having the courage to dive in and experience it all. Set against a thumping chorus, tailored, fuzzy guitars and strong vocals, the track perfectly encapsulates what the band are about and gives us a taste of what to expect from their upcoming album.

Currently embarking on a 13-date North American tour in November and December, Beach Bunny also have dates in Chicago, LA and New York to support the release of Honeymoon in February. You can check out more details for the tour and more about the band over at their website here.