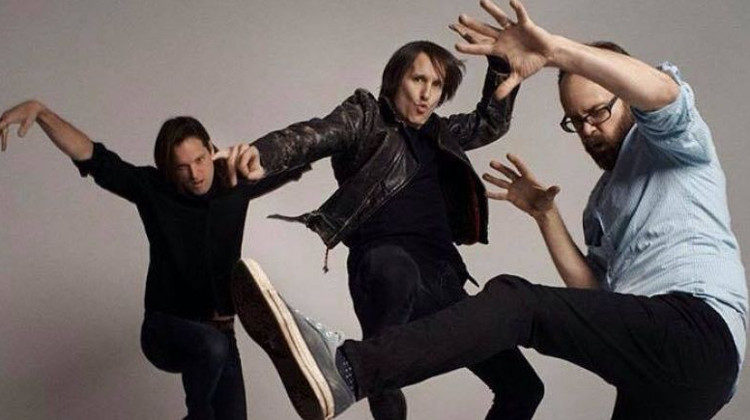 Some indie bands had their heyday in the 90s, made the most of it and by the end of the decade faded into oblivion, only to be remembered now by thirty-somethings reminiscing about Kangol bucket hats, checked Ben Sherman shirts and Clarks Wallabees. But there’s a special clique of indie stalwarts that survived the 90s cull and carried on making awesome, well-received music into the next decade and beyond. Stereophonics, Supergrass (now reformed), and Manic Street Preachers are a few of these Britpop legends that have managed to stick around, with Ash also on that small list. Celebrating 25 years in the music industry, Ash have now released a new ‘best of’ record, Teenage Wildlife, on vinyl, CD and streaming services featuring their classic hits, fan favourites and rarities to boot.

The record manages to trace through the band’s career from their debut EP Jack Names the Planets all the way through to 2018s Islands, picking the very best from each record’s era in a compilation that shows you just how many great songs this band have in their arsenal.

From their more punk beginnings, Ash have evolved with the times, trialled new sounds when the urge came, and also gone full circle back to their punk roots over the years, each album bringing something slightly different but still definitively, Ash. From the all-out teen punk of Kung Fu and the beautifully crafted Oh Yeah on record 1977, to the sweet innocence of Candy or rock stomping Burn Baby Burn on the noughties Free All Angels,  the hits continue with the more recent and raucous Buzzkill and Annabel on 2018s Islands. All the big hitters are there. This is without even mentioning their foray into a different approach of distributing music when they attempted to release 26 singles over an entire year with their A-Z Series throwing up inventive and lasting tracks such as True Love 1980 and Binary.

The CD version comes with a blistering 55 tracks in total spread over 3 CDs, with the third CD packed full of rarities and B-sides that are beloved by fans and will be new discoveries for many. From the cover of Buzzcocks Everybody’s Happy Nowadays featuring Chris Martin to the blissed-out euphoria of Saskia, there are some real gems in there to discover and enjoy. There’s even a new track added to this monster collection, the album-titled Teenage Wildlife, a guitar swirling, indie rock beast showing the guys still have big tracks up their sleeves and big ideas in their heads.

The only drawback is the vinyl release having a far more depleted choice of songs spread over 2 discs due to the formats limited storage capabilities. I’m guessing it would have cost a lot more to add all the tracks over more discs, but here’s hoping for a full 55-track mega vinyl edition in the future. Teenage Wildlife is a must for any Ash fan, highlighting a long and varied career from one of Britain’s greatest indie bands. Here’s to another 25 years.