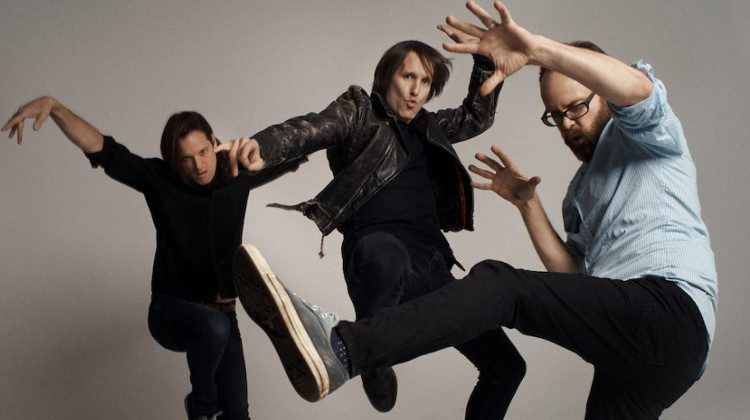 Ash takes us back through their greatest hits and more as part of an Absolute Radio live event with Stereophonics.

Kentish town went all ’90s indie’ on Tuesday as Ash and Stereophonics took control of the O2 Forum for the ‘Absolute Radio presents…’ live event. Having been on the same touring circuit for over 20 years, these two bands know a thing or two about getting a crowd going, and Ash took the bull by the horns to play through their classic hits. They also threw in a couple of their recent tracks including newbie Darkest Hour of the Night which is being released in conjunction with their new best-of compilation, Teenage Wildlife.

Ash are no longer the young whippersnappers they once were in the 90s, but none of their guile and zest has disappeared from their on-stage performances. Kicking off with a classic trio of A Life Less Ordinary, Kung Fu and Oh Yeah, the crowd were reminded of the band’s catchy riffs, fuzzy guitars and penchant for a barnstorming chorus. Tim Wheeler’s vocals have become more tailored and professional over the years, miles away from the teeny, punky sound of the bands early days, but adding an extra level of maturity to those early tracks instead of taking anything away.

Ash also still know how to jam and get the crowd going; not surprising having won countless awards in the past for their strong live performances. Drummer Rick McMurray, rocking a baseball cap and well-groomed beard, showed off his skills with a stomping solo section on Orpheus before Tim Wheeler brought the crowd to boiling point during Girl From Mars, stopping halfway through to whoops and cheers before once again slamming down hard on the guitar to finish the track. Ending the set with the evergreen Burn Baby Burn, the riff-heavy and fast-paced classic gave the perfect send-off before the band took centre-stage to bow to their adoring public.

The set also included a first live performance of the aforementioned new track Darkest Hour of the Night, a poppy, bass-led indie bopper that sits somewhere between their work on Free All Angels and the A-Z collection.

Ash’s on-stage performances these days are tailored and tight, but still bring with them their enthralling energy and indie pop zest that we all know and love. There are not many bands from the 90s that can still perform as well as Ash, but along with the other band of the night, Stereophonics, these are two of the best.