Home » articles » 5 Vinyl Only Labels You Should Check Out 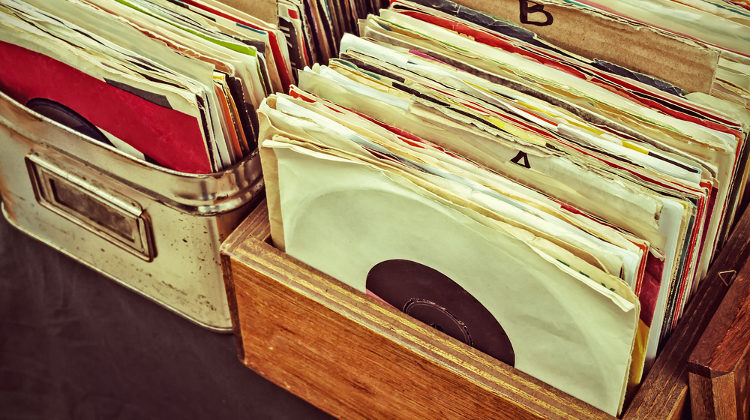 Vinyl Chapters looks into the intriguing world of vinyl-only labels, picking 5 of the most interesting and discovering the types of music they release.

On the face of things, vinyl-only record labels are a rare breed. This is until you really start digging down into it. You might think that vinyl-only labels are tiny independents, often for underground electronic and dance music – made for DJ’s and like-minded individuals who only buy vinyl and want new beats you can’t buy anywhere else. It’s true a lot of those do exist, but when you really look into it, there are a plethora of other vinyl labels with different mindsets, different genres, and operating in a vast majority of different ways. Vinyl Chapters looks into these stalwarts of the vinyl industry by picking 5 of our favourites, from labels that are growing with each minute, ventures wanting to stay under the radar, and others that are just downright crazy…

With a tagline of “Because You Need It On Vinyl”, it’s hard to argue with them. Be With Records is a neat concept, primarily focussed on releasing output in the shape of reissues that are currently unavailable on vinyl or have never received a vinyl release.

You can tell the owners are fans who have suffered these frustrations themselves when trying to look for a specific record on vinyl, so what better way to remedy the situation than release the records you want on vinyl yourself? This is not only a good way to bring a whole new wave of eclectic music releases to fans, but also help the artists who may have thought their songs would be forgotten forever. From 70s soul to 80s Crime show music and German/Japanese ambience, it’s a really interesting mix of songs and sounds from a label with an ear for a great tune.

You can check out their catalogue online, including any upcoming releases and their story here.

This label really is something unique. The idea behind Drunk Dial Records is pretty simple: Get artists in the studio. Get them drunk. Get them to record one original song and one cover. Release the results on 7” vinyl.

It’s a pretty bizarre (albeit rock n roll) concept, but, if you think about it, some of the best music in the world was probably made whilst inebriated and/or high, so why not make it a thing? With low numbers of pressings and a seemingly larger timescale between releases than other labels, it’s a real low-key affair, but an operation full of passion and fun. Each time an artist releases a record on Drunk Dial, the bands/singers get interviewed for the website about the process, with often hilarious stories and a real insight into the boozy recording processes.

You can check out details about releases over at the Drunk Dial Records website.

Sex Tags (or Sex Tags Mania) has an interesting story behind it. As one of the aforementioned underground electronic and dance labels, it has a real DIY vibe, run by fans for the fans. Created by Norweigan Brothers Stefan Mitterer and Peter Anatol, Mitterer is also a DJ and mastering engineer, running the label for the sheer fun and passion of it around his other projects.

For many electronic and dance fans, it’s guys like these that keep the underground DJ scene alive. Without their vinyl-only releases, the world would be a place where it would be increasingly difficult for smaller artists to get their music out on wax. Shops like Phonica records in London also play an important part in this type of vinyl-only label, able to deliver the label’s signings to music fans that want to discover something new and interesting for an evergreen genre that frequently flies under the radar.

Loose Records is something of a rarity for Europeans – a vinyl-only label that primarily deals with Americana and alt-country records. OK, let me come clean… this might not be a vinyl-only label now, but it used to be and is still worth a mention.

Starting off as the Vinyl Junkie vinyl-only label in 1994, Loose records grew out of its previous shell, and although still focussed on vinyl, it does sell its releases on CD too. Based in the UK, the label has received accolades from many big names including MOJO magazine and Rough Trade as a mainstay for purveyors on great country music on vinyl and beyond. With releases from the likes of Giant Sand, M Ward, and Neko Case to name a few, the label features a wide range of styles and sub-genres from its country routes, continuing to supply Europe a place for country fans to enjoy some great releases and discover new music.

Another label that deals mainly in classic reissues, this Dutch company has a huge roster with some absolute corkers of releases, all served up on high-quality 180g LP and 7” pressings.

It all started back in 2009 when distributor Bertus and vinyl pressing company Record Industry decided to get together… The rest is history. What sets Music on Vinyl apart from the rest is their vast resources compared to other vinyl-only labels; this has allowed them to really take their time when creating new releases with a big dose of care and passion. Well aware of the amount of manual labour that goes into creating a record, the label makes it a priority to employ highly-skilled people, using their resources to make sure their releases are the best they can be. I mean, they have a guy working for them who cut Thriller by Michael Jackson… These guys know their stuff. They go out of their way to source original artwork and designs as well, making sure that all the little things are also in place.

You can check out the huge roster of releases over at the Music On Vinyl Website.