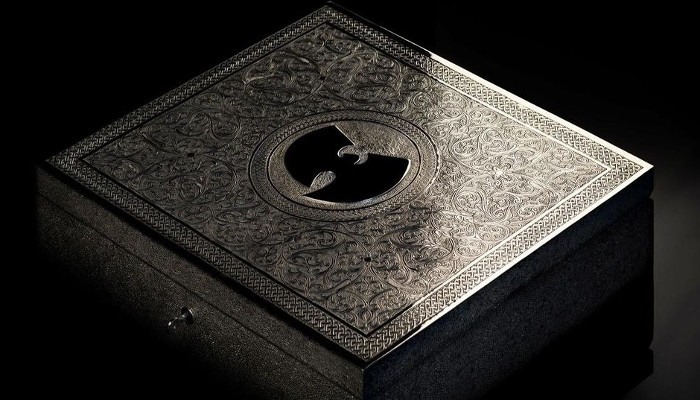 Vinyl really is fascinating. Now deemed as one of the longest surviving music formats still regularly used, we thought you might enjoy five vinyl facts you may never have known that will make you love records even more. From the interesting to the insane, read below to be enlightened!

The First Record Ever Made

The First vinyl record ever created was by RCA Victor in 1931. It was a 12” vinyl recording of the Philadelphia Symphony Orchestra performing Beethoven’s Fifth Symphony. This was chosen because RCA Victor’s main factory was pretty near to the location of the orchestra, across from the Delaware River in Camden, New Jersey.

Did You Know the technologies of vinyl and videogames are around 40 years apart? This hasn’t stopped them collaborating. Recently, there’s been an ever-growing trend of video game soundtracks being released on vinyl in special editions. Who would have these two polar opposite technologies would join forces?

You guessed it, we have records in space. The Voyager Golden Records were included aboard both the Voyager I and Voyager II spacecraft that were launched into space in 1977. The records include sounds and images to introduce any would-be aliens to our civilization, here on earth. Tracks on the record include pieces by Mozart, Bach, and Beethoven, but they also have rock classic Johnny B Goode by Chuck Berry. I really hope any aliens get to hear Chuck whaling on his guitar, worship him as a god and one day we find a planet dedicated to this fine song.

Did You Know the record isn’t actually on vinyl? I know, I know, this one is cheating a little, as it was actually constructed of gold-plated copper. The record also includes the inscription “To the makers of music – all worlds, all times”. 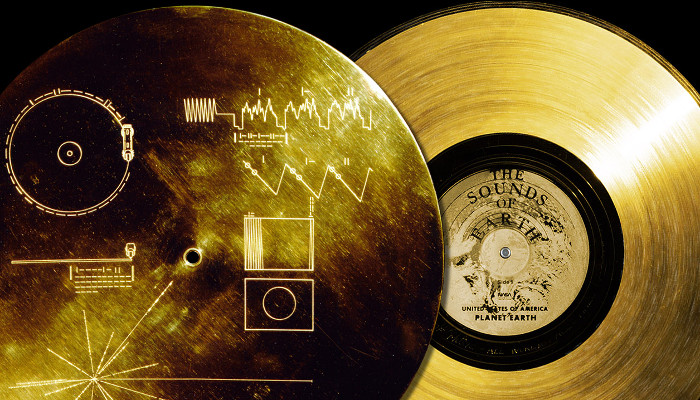 The Myth of Coloured Vinyl

This is one some of you may have heard before…apparently coloured vinyl sounds worse than black vinyl. This might have been the case back in the day when the quality of adding colour to the production process could create more hiss and less quality, but these days it’s much more on par with black vinyl. The huge demand for coloured vinyl in various tints, shades and special editions led to the improvement of vinyl production, meaning it’s a much better process that doesn’t suffer as much in quality reduction. It is still, however, pretty accepted that black or transparent vinyl are the quietest in terms of the record’s surface noise.

Did You Know there was a Ghostbusters ‘glow in the dark’, slime coloured vinyl released in 2014? Some people purchasing this were not happy with the quality of the recording. Want a better quality record? Don’t buy a glow in the dark slime record.

The Most Expensive Vinyl Record Ever Sold

You would be excused for thinking that this would be something like a Beatles first print (and you’d be close with Ringo’s 0000001 copy of The White Album being sold for $790,000 in 2015), but to date, the most expensive record ever sold was Wu-Tang Clan’s Once Upon a Time in Shaolin. Only one copy was ever produced, with the double LP coming housed in two hand-crafted nickel-silver boxes that apparently took 3 months to make. The record was bought by the controversial Martin Shkreli who has now been convicted of securities fraud and sentenced to 20 years in prison. The record was confiscated by the FBI.

Did You Know the record came with a contract? The contract stipulated that the buyer may not be allowed to sell or make money from the record for 100 years, but can distribute the music for free. On top of this, there was a clause that allowed any member of the Wu-Tang Clan or actor Bill Murray to legally attempt a heist to steal back the record. Fantastic.

There’s a lot of hefty record collections out there, but none more so than Brazillian businessman José Roberto Alves Freitas. At one point, his collection was said to be 8 million records strong. This frankly bizarre human being, because of his fame in the industry, now gets offered collections from other collectors and has a team of assistants who clean and catalogue his records. I’m guessing there’s a hefty amount of duplication in there but there’s definitely a vast array of rarities that his cataloguers probably haven’t even gotten to yet.

Did You Know the first record José ever bought with his pocket money was Canta Para a Juventude by Roberto Carlos? This wasn’t the football player, by the way. The mega-collector also has a gigantic warehouse that stores most of his millions-strong collection.