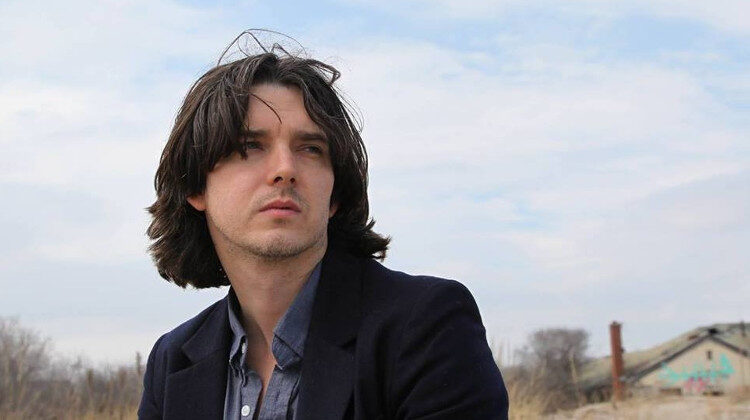 The Brooklyn singer-songwriter’s new double, his first album in five years, creeps up on the listener with its unbusy, melodic country-folk explorations of love, loss and the passage of time.

On False Spring, Zachary Cale’s first record since 2015’s Duskland, the Louisiana-born, New York-based troubadour encapsulates a bittersweet mood that’s soaked in the fraught uncertainty and shifting plight of our times. Lyrically Zachary Cale feels adrift, stifled and bewildered. “The golden age is crumbling,” he intones at one point. Elsewhere, he observes that “Nature runs its course again/Depression rears its ugly head.” It’s impossible not to hear the tumult of the world’s current predicament; even its title references the gnawing volatility of 2020’s events.

Backed by the slouching country-folk of a sympathetic and relaxed band including Brent Cordero and Charles Burst from The Occasion, Cale sheds light on our strange, perplexing epoch whilst tentatively holding out for glimmers of hope, redemption and affirmation.

Despite this, Cale’s opus is by no means a bummer. The music here resides in a warm, rootsy and pensive register and glides between serenity and foreboding, its author’s dextrous finger-picking and soft, sensual voice (an instrument that recalls Bob Dylan, Kurt Vile, Jeff Tweedy and Cass McCombs) buoyed by Brent Cordero’s cool blue water keyboards. Despite the inquisitive lyrical content, this is quietly eloquent and becalming music to reassure during moments of darkness. As he puts it on the gorgeous upswing of Mad Season, “the sand is shifting/The clocks are turning”.

On the Wilco-like strum of Riverbed, the singer-songwriter delivers a confession of guilt and regret in his Southern lilt over a polished keyboard figure and a steady rhythmic pulse, as he retraces his steps back to the stream backing onto his childhood home in Louisiana and seeks cleansing, forgiveness and salvation: “Gone down to the water/To throw away all I’ve got/And all I’ve lost/And when I stand in the stream/Newly made I will be/I have only come to make it known.”

The album mooches around in a dusky, low-key flutter of sedate Americana, with Amnesia Moon proving to be as propulsive as it gets, an elegant, mid-paced crawl pivoting around ascending keyboards and the singer’s starkly poetic couplets. The windswept Careening and the jangly summer jam, Leave The City, both carry shades of Yo La Tengo’s tasteful twang, melodic shimmer and playful moonlit strolls.

Peppered throughout are a slew of consolatory and skilful instrumentals that draw attention to his austere, Bert Jansch-like guitar playing; these effortlessly join the dots between the ‘rural new age’ and wide-open spaces of William Tyler and the wispy baroque of Nick Drake whilst functioning as punctuation for the hazy-headed lyricism proffered elsewhere.

There are sixteen tracks in total and at no point does it feel that it needs cutting down to size: Cale’s plaintive twilight folk-pop possesses an uncanny ability to creep up on you.