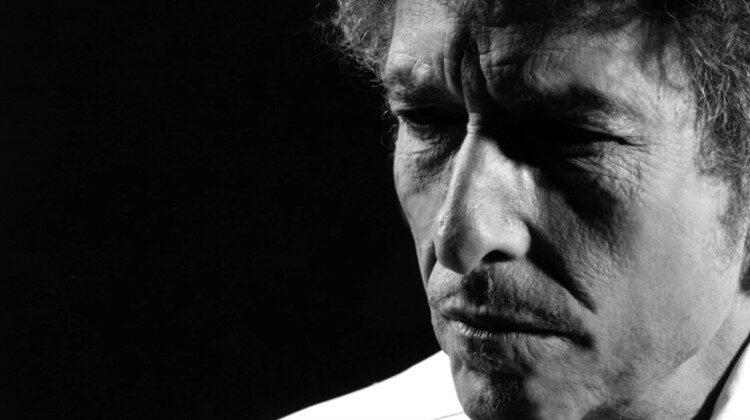 Bob Dylan is one of the most iconic figures in music history and with his latest album, Rough and Rowdy Ways, he finally silences all questions.

Overseeing seven different decades in his career, Bob Dylan can do whatever he pleases. Evolving from acoustic poet, through his divisive electric period, to most recently retiring his guitar for keys, there’s arguably a bit of Dylan for everyone – immovable from the music Mount Rushmore. Now approaching his eighties, he releases his 39th studio album, Rough and Rowdy Ways – his first original material for 8 years. With many of those albums sat unwanted in record stores, this latest work looks to be an outlier.

Ever the poet, opening song I Contain Multitudes, is reflective linguistic mastery. Setting a soundscape of typical Americana instrumentation, the story being told is – as always – at the forefront. Able to hear his every breath, the recording is (fittingly) rough. Often mocked for his vocal capabilities, there are occasional flourishes in tone, but mostly we hear Dylan almost having a conversation with us. The best way to describe I Contain Multitudes is to compare it to Johnny Cash’s American Recordings, in its sombre mood and that feeling of farewell from a legend. He references prominent figures from 20th century history and pop culture (whether that be Anne Frank, Indiana Jones, or “them British bad boys” The Rolling Stones), for which he has lived through them all. It could easily be a fictional tale of an outlaw, read in the first person; yet, it is way too personal to Dylan’s life (“I sing the songs of experience like William Blake, I have no apologies to make”) to debate otherwise.

Following the opener, there are rocky blues numbers (False Prophet, Goodbye Jimmy Reed, Crossing The Rubicon), sitting amongst slow ballads and Sinatra-esque tunes. Rough and Rowdy Ways is almost a modern-day Highway 61 Revisited, swapping the youthful inquisitive mind for an old and well-worn one.

Unusually, the album ends on a 17-minute tale. Longer than most short films, Murder Most Foul is a Shakespearean tale beginning with JFK’s assassination:

“Twas a dark day in Dallas, November ’63, A day that will live on in infamy, President Kennedy was a-ridin’ high, Good day to be livin’ and a good day to die”

Then, Dylan comforts everyone by telling them The Beatles are coming – and with that the summer of love.

“Pick up the pieces and lower the flags, I’m going to Woodstock, it’s the Aquarian Age, Then I’ll go to Altamont and sit near the stage, Put your head out the window, let the good times roll”

Murder Most Foul cannot be described as a song, it is spoken word and a story of two halves. The music sets the atmosphere, with its words hypnotic and its meaning able to be read in a multitude of ways (after all, he’s told us already he contains multitudes). In the second half, Dylan starts every line with ‘play’ and finishes the line with everything important in the 20th Century Western World – whether that be Cadillac’s, The Eagles, or Shakespeare – finishing it all by adding in his own Murder Most Foul. Maybe this is egotistical, but perhaps it is again just a reflection of his life for his own fulfilment?

By the end of the Sixties, Bob Dylan already had nothing left to prove. By the Eighties, it seemed he had stopped caring, able to squeeze a few diamonds out of a very very rough stone. This can’t be said for Rough and Rowdy Ways. We can all be glad he has taken the better part of a decade to release new material, as he has well and truly produced work that can sit amongst his classics. An album bookended by slow and reflective poetry, with a mix of tunes in the middle that’ll please Dylan fans of all eras, Rough and Rowdy Ways is as autobiographical as an album gets. I’d be happy if this is his last release, it is a fitting farewell and perfect in every way.