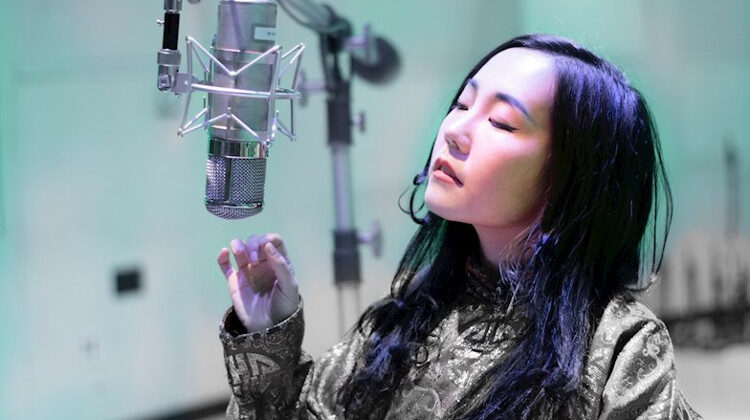 With a world full of stress and craziness (especially at the moment…), we all need to unwind now and again. Meditation may not be at the forefront of everyone’s mind, but it is one way to blow the cobwebs away and settle your senses, and music is a great accompaniment to do this. New album Sacred Spiral by Yuvel Ron builds on ethereal sounds, pleasing drones and stunning vocals from Úyanga Bold to build an inviting atmosphere, but also feels more musical; this makes it suitable for mediation and beyond.

With most tracks lasting around 10 minutes, this gives the relaxing, hypnotic nature of the record time to build on docile tones, immersive journeys and healing sounds that calm the mind and energise the soul. Opener Ethereal Voyage utilizes Úyanga Bold’s vocals as a background accompaniment, to begin with, playing behind a rising and spiraling drone that builds in power as the track progresses. Later on, the vocals almost become one with the music layers before slowly lessening in power and coming to an end.

Voice of Freedom has more of a focus on the vocal track at the forefront, this time backed by aboriginal sounds including a didgeridoo that fades in and out of focus throughout. For many, the didgeridoo wouldn’t be seen as the most relaxing of instruments, but it manages to be a strong part of the track without being overbearing which is an achievement in itself.

Although primarily a meditation record, the album does seem to have areas that stand out and rhythms that are so playful you may be humming long after it’s finished. Mysteries of the Heart manages to be both warmly welcoming and elegantly poised in equal measure, the playful wind instruments providing the pretty flourishes that build against the male vocal track later on. Water of Forgiveness allows Bold to test her vocals even more as they dance around a sitar track and a warm atmosphere starts to build then overtake. Water noises then begin to take precedent to relax and unwind before deeper drones start providing added context and atmosphere.

The record ends on the enlightened Deep Earth Chant, really getting into a more ambient and darker area that rattles the soul and awakens the senses. It’s a more reverberating and alarming piece compared to earlier tracks, helping you come out of the meditative state built up throughout.

Sacred Spiral wears its heart on its sleeve with its deep enchantment and meditative qualities, but is also able to throw out pleasant melodies and song structures in fits and starts to build on background drones and an enlightened essence. It may be built for meditators and mindfulness, but also breeds creativity and happiness in the background of people going about their day or looking for a little less stress.