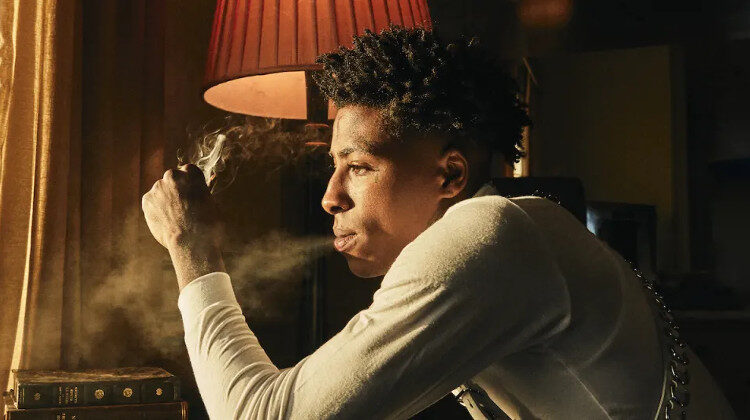 Currently on house arrest after being released from jail in October, YoungBoy NBA is keen to keep writing music and put across his pain and emotions in every track on Colors. As with his other releases, there is a clear sense of a distinctive artistic style, which is versatile enough to blend with a varied range of production and cover a broad range of subjects in the lyricism. Moreover, there is an intimate exploration of the rapper’s more sensitive side in the latter half of the album, through delving into the emo-rap subgenre.

No matter what style he is occupying, YoungBoy NBA is always able to convey authority, strength and pain. Dense flows, forward movement and integrity is the golden thread of this release, with a clear understanding of hip hop lineage from the 90s sound of Dis & That combined with more modern ideas and inflections. Moreover, there is always a clear sense of individualism and personality: whether it’s through the sinister, whispered chorus of Bring It On or the dark humour integrated into the lyricism (“Then I switch to Bob the Builder/Take a bitch then body build her/They know I like bodies, I catch bodies wit’ the slimest n*ggas”, No Switch).

Despite constant assertiveness and strong character, YoungBoy NBA is never afraid to enter a more mellow, pensive realm. This is reflected in the chilled jazz-inflected production of Smoke One to the raw vulnerability and heartbreak of Emo Love (You left me alone with fire in my lungs/You just left me to burn, baby). In Foolish Figure, YoungBoy NBA reflects on his turbulent past and the challenges he has faced in fame (It seem like I’m strong but I’m really broke down/I’m happy that I’m winnin’ but ain’t proud of myself). There is a clear understanding across this release of the importance of staying true to yourself and the ethics of ‘realness’ in hip hop: both in a positive and negative light.

YoungBoy NBA uses music as an outlet and medium to give his side of the turbulent story of his life. Even when he is using the similar sounds and lyrical content across multiple tracks, there is always something new to be gained from this. There is always a desire to progress further as an artist, against all odds (“Why these people talking down on a n*gga like I ain’t the one improved?”, I Got This).