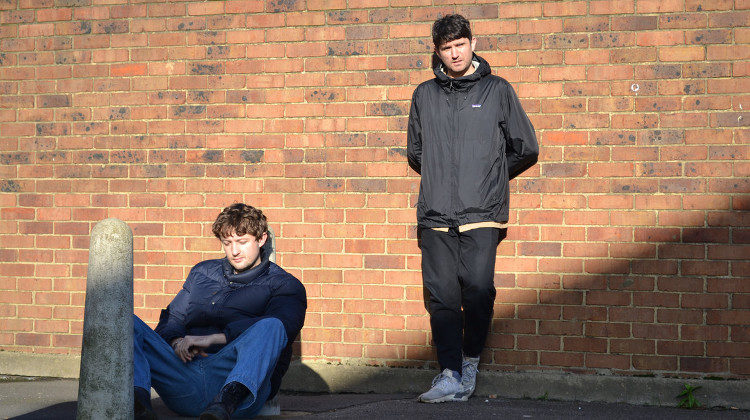 The debut release from XOROS sees the duo dive headfirst into circular sonic soundscapes that bend and fold amongst layered textures and impressive ideas.

XOROS is the brainchild of duo Will Ward and Jack Wyllie who have joined together to produce an ambient and thoughtful exploration of sounds in their self-titled record. With their expanse of knowledge from previous work on labels such as Leisure System and electronic musicianship in bands such as Portico Quartet and Szun Waves, the duo have a strong back catalogue to draw ideas and build from. XOROS is taken from the Greek meaning for circular dance which perfectly describes the ethos the record is based around, with synthy loops breathing life into the music as densely layered sounds rise and fall to create brilliantly tailored atmospheres.

Starting with the aptly named Opening, it delves into an expansion of ambient noise directly coming from the duo’s north London studio. This steadily grows and deteriorates as synthy loops are established and played with amongst ongoing drones and beats. At times it almost sounds like a technological paradise that breathes in the atmosphere around it, bringing in some Pink Floyd-esque tones to finish off the layering. The Gift continues the good start, once again feeling as if it’s living of its own accord as sounds shift and shape the subtle soundscapes and delicate interplay between the electronic textures. Being the longest track on the record, this gives time to play with the circular movements the record is based on, combining the jazz connotations and ambient sounds in intriguing ways.

As the record progresses it begins to develop a sense of self and really comes alive. The Machine brings in a more mechanical structure that moves forward in leaps and bounds over that once again circular, rhythmic movement that pulses, flows, and builds into a crescendo of apocalyptic soundscapes. Master Blaster, taking its name from a New York street artist’s performance, builds on this dystopian sound but with a more serene atmosphere that almost feels lonely at times. It’s a haunting piece that is intimately layered with jolts of excitement to bring the track out of its shell. Futures closes the record in a blaze of focussed serenity as layers are once again built and knocked down with intermittent synths that take over to sharpen the mind. A strong and thoughtful finish.

XOROS is an interesting and exhilarating ambient dream. Using circular instrumental loops to hold the record together throughout, it’s allowed the duo to experiment by building soundscapes around this technique whilst also exploring the new worlds they’ve created. Dance, techno and jazz have all been harnessed and manipulated to fit in with the ambient soundscape that works well against the watery rhythms and deep melancholia that rises and falls during the record. The vinyl edition also harnesses the record’s warm tones and really separates the synth layers so you hear every little detail, which is testament to the fine production techniques used.