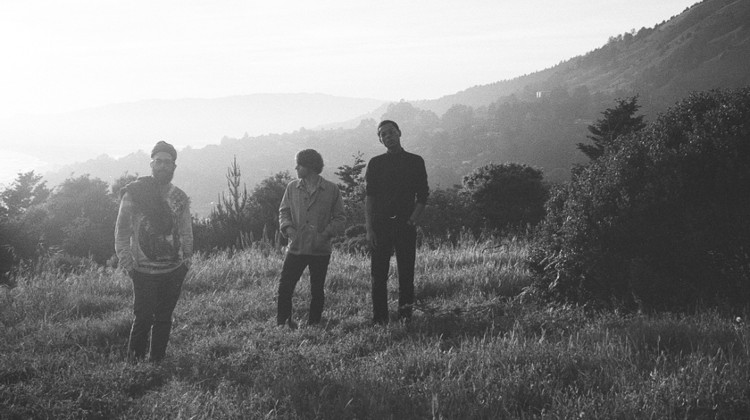 Woods, the New York folk-rockers led by Jeremy Earl and Jarvis Taveniere, have quietly cultivated an enviable canon of warm, dreamy psych-folk-pop over the past decade or so. Now their eagerly anticipated, eleventh full-length studio release, Strange To Explain, reaffirms their gift for generous, sun-drenched melody, expands upon an already diffuse palette and solidifies the band’s standing as one of modern music’s most distinctive and arresting voices.

Earl and Taveniere joined forces to sprinkle some stardust on ex-Silver Jew David Berman’s Purple Mountains rehabilitation album released a month before his suicide in 2019, and this has clearly had a knock-on effect here: the mournful and elegiac Strange To Explain is awash with themes of mortality, darkness, nightmares and the passage of time.

They’ve crafted a bejewelled suite of slinking, sugary-sleek and luminous pastorals which leave a fainter trace of previous work and open up more room to stretch out and brazenly absorb new textures and details. Most of the album operates at a drifting, mid-tempo pace, allowing analogue synthesisers, floaty Mellotrons and purring keyboards to seamlessly coalesce with the band’s trademark candy floss pop bounce and sunny swing: echoes of Mercury Rev’s opulent widescreen pop intertwine with finely manicured and easeful acoustic filigree and pillowy, hippie-folk splendour.

The opening salvo, Next to You and the Sea, unfurls with the poise and polish of prime, poolside Tame Impala as a creamy synth burbles and murmurs alongside gilded bass. The memory interrogation of Where Do You Go When You Dream continues in a similar vein, riding on an effervescent keyboard hook, twinkling flutes and airily pensive vocals, whilst the delicious falsetto on the soft-hearted Just to Fall Asleep lulls the listener in like a dainty lullaby delivered on a hammock in the swaying breeze. The hushed, strings-laden reverie of Be There Still and the shimmering, piano-adorned title track conjure dizzying, heart-stopping moments of beauty through their grasp of baroque-folk dynamics and harmony-pop: a whirlpool of hymnal bliss.

Impish surprises of content and lavish upholstery crop up throughout, from the striding, orchestral catharsis and fuzzy bass of Can’t Get Out to the closing, soaring instrumental of ‘Weekend Wind’ and nocturnal electronica on The Void, another instrumental that gradually becomes enveloped by a blanket of parping brass.

After their first couple of records, so many acts succumb to dumb repetition, listlessness and the law of diminishing returns, but Woods have created something that’s a joy to embrace amidst a tapestry of dulcet sound which explores new sensations: this is one sweet musical trip.