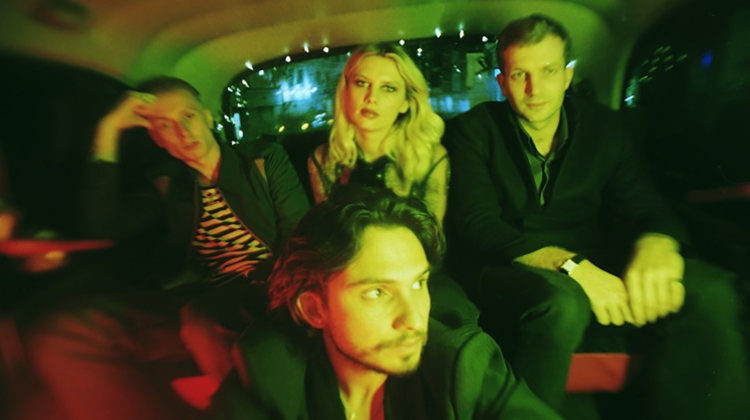 With songs that have a habit of getting stuck in your head for days, big things were expected from Wolf Alice’s third full-length, Blue Weekend. I’m happy to say it doesn’t disappoint. The band are in fine form here, lead singer and guitarist Ellie Rowsell once again able to enthrall with her twisting lyrical nuance against subtle flows and big drives. This time, however, the band are focussing on a topic they haven’t touched on much before. Love. It’s a staple that’s been sung about in every genre under the sea, but here, Wolf Alice manage to build it into their own brand of playful melodies and genre-melding playfulness in a delightfully unique way.

Starting with The Beach, we’re straight away shown the more simple sound the album toys with throughout, slowly building as Rowsell’s vocals enter against a gradually rising atmosphere. It culminates in layered vocals and thumping drums before cutting out in an instant. Delicious Things then follows with the band throwing a genre-twisting metaphorical kitchen sink at the listener to see what sticks. From gentle shoe-gaze beginnings, the track saunters forward, building and energy and a dreamy indie essence that ebbs and flows perfectly.

As mentioned earlier, the theme of love is apparent throughout the entire record, whether for the self, for others, or the human race in general. Safe From Heartbreak (if you never fall in love) discusses the hardships and fear of letting yourself go in relationships against an acoustic rhythm Fleetwood Mac would be proud of. Feeling Myself shows Rowsell once again being open with her lyrics by discussing self-love against deep bass and a flowing Hammond organ that opens the track up nicely:  “I watch you as you’re watching me…keep my name on your lips, let the double L feel like a kiss” sings Rowsell as the chorus hits hard and fast in a metaphorical orgasm of sound. It’s a sultry song with a clever underbelly that shows a deep understanding of the power of songwriting.

For all the openness and free-flowing lyrics on love, loss, breakups and bonds, as always with Wolf Alice, it’s the fantastic way the band manipulate subtle changes of flows, genre-switching and melodies that help it all come together. How Can I Make It OK is a beautifully serene track that becomes larger and more distinct as it progresses, the bass dancing alongside Rowsell’s ever-growing vocal talents. No Hard Feelings touches on breakups and the plethora of emotions they bring, perfectly portrayed with delightfully playful guitar plucking and ethereal vocals that show off the more stripped-back sound. The record ends on The Beach II and we’re sent packing with a grungy, synthy, indie-pop beauty that somehow feels coherent amongst all the changing styles.

Wolf Alice have once again shown their talent in the restructuring of ideas and genres on Blue Weekend. It might be a more stripped-back affair in places, but this doesn’t mean it loses any of the grace, dexterity and catchiness found in earlier work. In fact, it’s improved upon. Roswell’s lyrics are showing a maturity not seen before and the musicianship is finely honed and distinct. A great return from one of Britain’s brightest sparks.