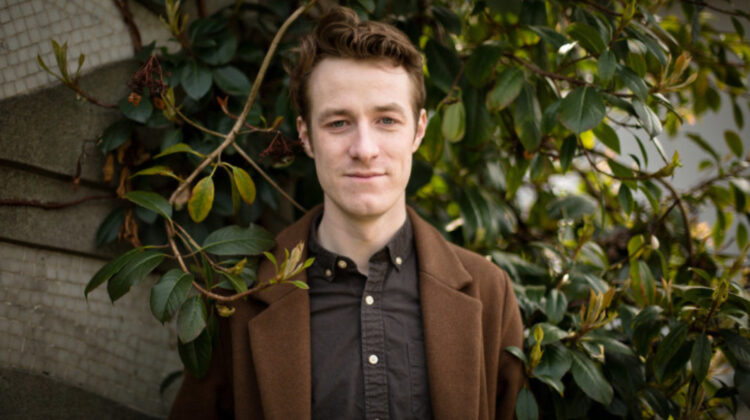 Genre-hopping auteur William Doyle, formerly known as East India Youth, is as diffuse and dazzling as ever on his second recording under his own name.

A new record from the prodigiously gifted William Doyle is always an event worth marking on the calendar. The singer-songwriter is noted for his full-bodied and steadfast immersion in the recording process, a love of fine-tuning often bordering on perfectionism. His new opus, however, has enjoyed an unintended trajectory built from happenstance after a hard-drive failure reshaped the direction of the album.

Great Spans of Muddy Time is his second outing under his own name, arriving a couple of years after the relentlessly rapturous and off-radar Your Wilderness Revisited, a conceptual long-player that rhapsodised about, and elicited kaleidoscopic wonder from, the English suburbs which raised him. With a Covid-ready title extracted from a Monty Don quote about depression, it’s a twitchy outpouring of grit and silk that conforms to the producer’s previous sonic schizophrenia whilst nudging towards something rougher, more spontaneous and lo-fi.

As ever, Doyle’s muse guides him through three distinct guises; the slick, pop-facing anthems that draws festival crowds, glistening, synth-decorated ballads and clattering, industrial-inflected IDM wig-outs. Whether pulsating the listener with bass throbs or washing the listener in dizzying waves of synth, his music is frequently disarming and discombobulating, betraying both a keen sense of purpose and a rigorous intelligence.

The big moments on Great Spans of Muddy Time arrive early. It opens with the soothing salvo of I Need You In My Life, an icily fragile lullaby couched in a serene bed of ebbing synth lines, lugubrious vocals and plangent acoustic guitars that can be filed alongside the divine Carousel from the second East India Youth LP. This is followed by the melodic verve of And Everything Changed (But I Feel Alright), a mid-tempo, Tame Impala-flecked strut anchored by sweeping synths and a Robert Fripp-like guitar figure. Somewhere Totally Else lives up to its title, a bonkers instrumental that swims on an Eno-like pulse and a queasy organ, whilst the stunning St Giles’ Hill builds euphorically around a swirl of harp and strings, electronic loops and crestfallen choirboy vocals. The equally dazzling and intoxicating Who Cares employs a similar palette to rip-roaring effect; both tracks are carefully crafted and woven to invoke feelings of clammy claustrophobia and encroaching anxiety.

Doyle’s latest effort strains to cohere as a singular statement but there’s a bewitching English idiosyncrasy, a wistful, oddball grandeur that emerges from the skittish juxtapositions and half-realised experiments.