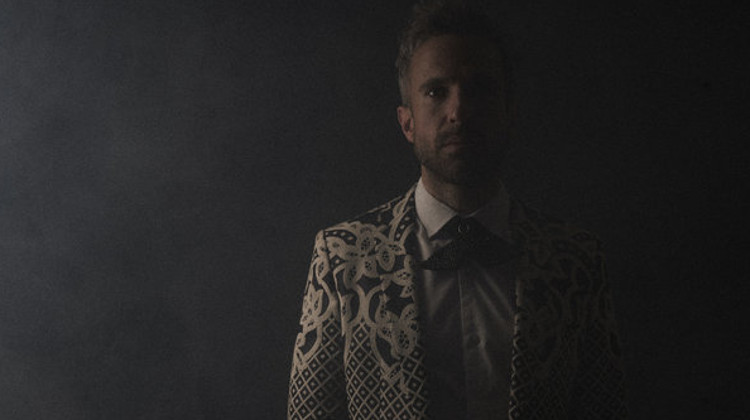 The debut album by the London-based singer-songwriter and erstwhile Hoosiers frontman is a low-key chamber-pop pearl, a series of fragile, immersive and introspective melodies given shape by Erland Cooper’s sympathetic, strings-laden production.

Irwin Sparkes opens his solo debut, Age Of Entitlement, with a meditation on the subject of suicide: “I could end it all, just a shift of body weight, sun rising as I fall from the top of the Golden Gate”. Rather than staggering through the darkness clouded in funereal and sombre tones, he frames his enquiry as a therapy session anchored by a celebration of hanging in and taking note of what’s worth celebrating in life. This is typical of a mellifluous, sweet and sanguine album which discovers a way to assuage negative emotions and spins them into haunting tone-poems of tranquillity with a palpable undertow of sadness and acceptance: White Tail Falls forsake catharsis for world-weary palate-cleansing.

Sparkes, who makes up half of indie-poppers The Hoosiers, is a purveyor of a softly-strummed, accomplished and heartfelt music which often elicits echoes of folk-pop touchstones like Bon Iver, Sun Kil Moon, Fleet Foxes, Sufjan Stevens, Barbarossa and Iron And Wine in its architecture, vocals and mood. Age Of Entitlement is not a wrist-slitting angst fest, as it frequently pits breezy melodies against gritty, heart-rending lyrics which summon ghosts of regret, turmoil, disappointment, insecurity, roads not taken: the marriage of devastation and exultation makes for a soothing and life-affirming listen.

Body Weight makes for a spectral opener, with its breathy croon, serpentine acoustic guitar and dramatic swell of strings. The tender Fake News, an essay on false promises and expectations, initially develops as a plaintive folk ballad, but gradually blooms into a full-throated orchestral swoon before its beguiling instrumental outro. There is a tendency for some singer-songwriters to over-egg the Nick Drake influence when decorating their finger-picking with string section whirlpools, but Sparkes manages to transport your attention with fawn-like items of delicacy, with not a single note out of place thanks to producer Erland Cooper’s masterly restraint.

Give it Up, Son, a tale of addiction recounted from the point of view of a concerned friend, looks outward with its lurching electronic gasps and pastoral calm of strings. Other Kind of Guy feels like a country-tinged Iron And Wine classic which wraps an airy, lilting melody around murkier subject content, namely the toxicity of idealised images and comparisons. Disintegrate, a pulsing narrative of battling one’s own demons, serves up a pellucid melody with the singer’s dreamy synth-vocal delivery, filigree electronic snap and layers of swirling strings, whilst Devout flirts with gauzy tones of R’n’B. The limpid ballad, Only Getting Easier, is a stripped-down lament exploring a cycle of negativity that recalls the folky Americana strum of Mutual Benefit. The stunning title track is a Sufjan-like gem of orch-folk-pop par excellence, built around crestfallen vocals, lackadaisical acoustic guitar and superlative arrangements.

On the evidence of this pristine, dreamy and engaging debut, White Tail Falls possesses the right balance of lovelorn sadness and folk-tinged whimsy as he searches for peace with an understated delicacy of touch.