Home » articles » Venus Blake: The Other Side of Midnight – Review 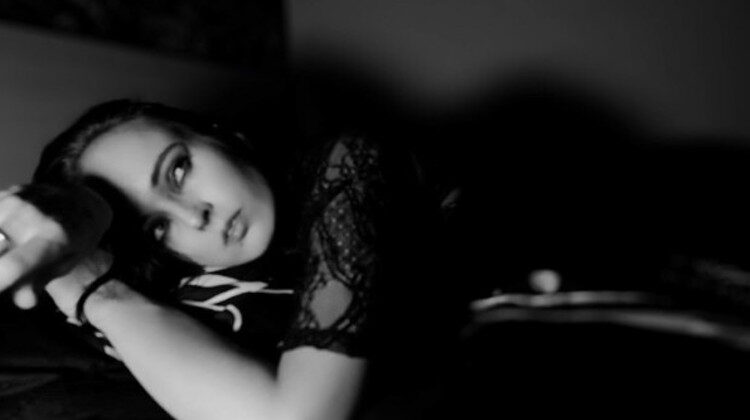 Venus Blake leans into dark spaces within the human psyche on album, The Other Side of Midnight.

Gothic Pop singer-songwriter Venus Blake knows how to build insightful lyrics on subjects that others would shy away from. With anthems and dark-pop pieces influenced by tales of isolation, chaos, addiction, and lost love, Blake builds subtle layers that have a tendency to erupt into heavy choruses, but also able to keep the pace slow and steady if necessary.

Straight away we get a taste of the tantalising, ballad-heavy nature of Blake’s music, tinged with heavy emotion, dark lyrics and settled but playful piano. With just piano and vocals throughout the first few tracks, these two instances mesmerisingly dance around each other on opener Hungry Ghost, building in energy before the track bows down to a menacing finish. Red Wine follows as more of a slow-burner that gently caresses as Blake builds a story of hard times and drowning her sorrows.

Although focusing on just piano and vocals early on, because both are so strong, any gaps that may feel missing by other performers are filled in by enigmatic instances and high notes. Blake does, however, venture into other layers as the record progresses. Love We Lost uses string sections to build into the epic chorus and Here Comes the Flood makes use of a full band to create a flagrant, seductive atmosphere that’s pushed forward by a walking bassline.

It’s almost as if the album really lets go in its second half as Blake ventures into more artistic endeavours and playful ideas the deeper she goes. Chocolate Morphine takes on a gothic 80s sound that builds on electronic drums and synthy undertones whereas The Wanderlust Interlude switches between spoken word sections, beautiful piano movements and a real sense of melancholy.

As we get deeper into the record, things seem to settle down again and we see Blake back in her stripped-back comfort zone. Me and the Sea is a beautifully structured track that builds on folky rhythms against rushing waves. The album ends on Escape, acoustic guitar providing the perfect backdrop before building layers rise against strings and emotional vocals.

The Other Side of Midnight by Venus Blake is a well-put-together piece of gothic pop that flits between the powerful and melancholy with ease. At times, it may feel like there is a justification to stick to a certain style and pace, but then Blake wouldn’t be able to unleash all those clever nuances about her life and music in such a powerful way. A dedicated listen that reaps rewards.