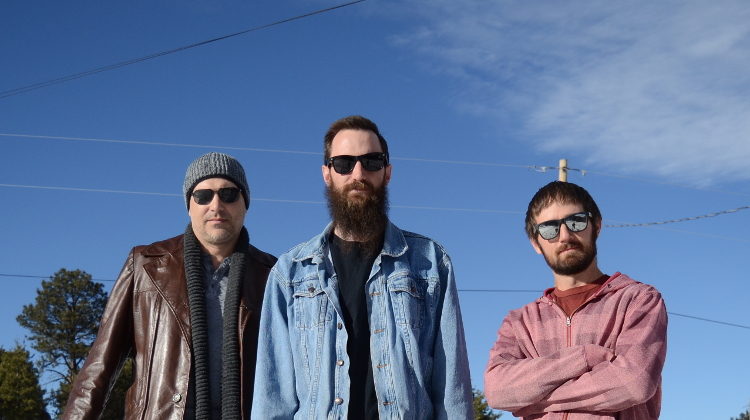 Everyone loves a bit of blues-rock. It’s the staple for picking you up when your down, lifting you up by the scruff of the neck and getting that energy back into your body. New track Brand New Suit by Two Faces West is no exception to this, using a big chorus to pull everything together amongst strong musicianship and powerful vocals.

Starting off with a dirty guitar riff, the bass pedal thumps in unison and bass enters the fray in a typical blues build-up that welcomes the listener with open arms. Kurt Ashmore’s vocals then slide in with their gruff edge pulling the track onwards as he sings of putting his plan together with fresh and appealing confidence: “Walking down the street, gonna get that money, gonna close the deal in my brand new suit.” We’re then hit with heavy sliding guitars as the drums come alive amongst quickly-paced stops, raucous rock and bass flying off the handle.

Whether the energy is kicking off in the chorus or subtlety led on by the vocals in the verses, the band mixes up the sound throughout to keep it fresh and fun. What works well is the transition into the choruses where the instruments come alive, making you wish you were at a live set with a big sweaty crowd in a small, dirty venue.

For all it’s good work, however, it could be argued the lyrics are a little off-putting for a blues song, seemingly about working for ‘the man’ which takes away from a rock ‘n’ roll life and lifestyle that some dream about when being in a band. On the other hand, it could also be seen as a fresh change away from the usual rock ‘n’ roll tropes, trying something new and more genuine, perhaps, to the band themselves.

As blues-rock tends to do, it takes its time near the end of the track to really build to a big finish with backing vocals also added in, but where you expect a huge ending, it just kind of stops. It is a little of an anti-climax, but once again, it could be the boys trying something new with a sound that every now and again needs life breathed into it.

Brand New Suit is a fresh take on the rock/blues combo that tries to create a different atmosphere and not afraid to attempt new ideas for the genre. At times its blistering pace and tight musicianship is something to behold, but its core lyrics may split the audience, some appreciating the switch in style, while others wanting a more rock vibe. It’s an interesting attempt at something new, with the vocals and strong musicianship really holding everything together.