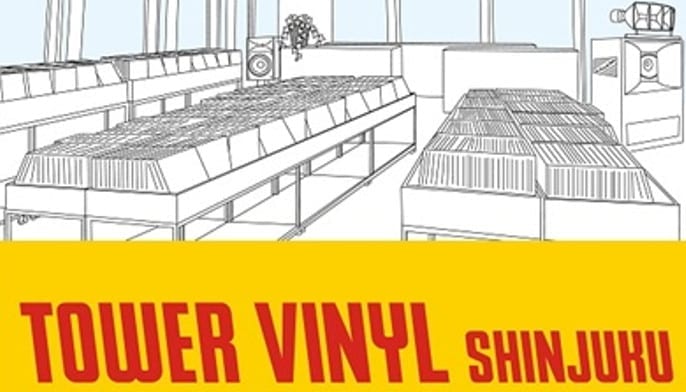 The Japanese have definitely got their priorities right when it comes to vinyl, as music monolith Tower Records designates an entire floor to the format at its flagship store in Tokyo.

Japan has always had a love for vinyl, and this news will be greatly received by vinyl fans within the city and tourists alike. The Tower Records store itself is already huge, and now from 21st March, all you’ll have to do to have your vinyl needs entirely satisfied is head up to the 10th floor which will be completely designated to vinyl. The store will stock over 70,000 records in total, with a reported 40,000 of those being second-hand and perfect for crate diggers to hunt for that hidden gem.

With the decline of CD sales, music stores have been jumping on the vinyl bandwagon and increasing their inventory the world over – the latest being struggling UK chain HMV that has recently been bought out by Canadian businessman Doug Putman. Putman owns Canadian chain Sunrise records and aims to save the store in part by increasing its vinyl offerings.