Home » articles » Thundercat: It Is What It Is – Review 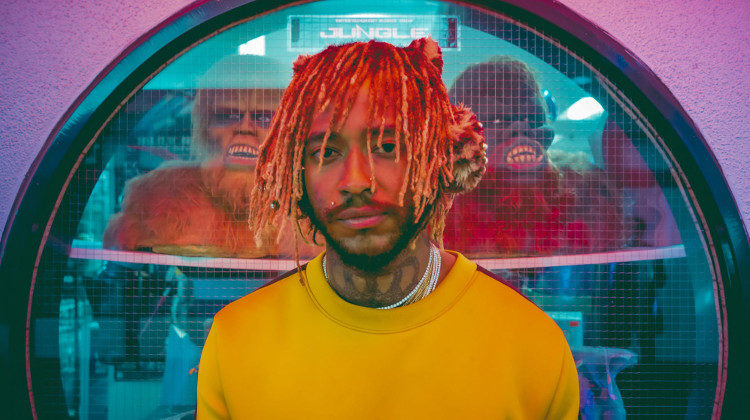 Bass virtuoso and genius, Thundercat returns with his fourth solo album It Is What It Is, proving once more why he is so highly regarded by both the jazz and hip-hop world.

Thundercat, whose real name is Stephen Bruner, is the go-to bassist in contemporary African-American music. He lives and breathes music, having come from a greatly successful musical family (his father having drummed for the Temptations, Gladys Knight, as well as The Supremes. His older brother Ronald Jr – who too is a drummer – works alongside Kamasi Washington. With the youngest brother, Jameel “Kintaro” Bruner, on keyboards for Odd Future act The Internet). With the release of his fourth album, It Is What It Is, listeners should know what to expect from Thundercat. The previous album, Drunk, made his name known to a larger audience, with many still not realising how great of a contribution he was to Kendrick Lamar’s 2015 masterpiece To Pimp a Butterfly.

It Is What It Is has a traditional Hip-Hop introduction in the form of Lost in Space / Great Scott / 22-26. It is soft and atmospheric, readying you for an immersive experience full of virtuosic musicianship. The following track, Innerstellar Love, is exactly that. From the get-go Thundercat’s bass proficiency is on full display (even more so on later track How Sway) and the surrounding instrumentation is almost equally on par with his bass genius. Being surrounded by brilliance and collaborating regularly with the best-of-the-best is what makes Bruner’s solo project so exciting and unique. For instance, third track I Love Louis Cole (which features the man himself) could easily be a punk song – but thanks to the skilled musicians it is converted into a bizarre and manic funk tune that could somehow slide itself into both a Grammy nomination and a Sonic The Hedgehog game.

From just looking at the albums track listing, Black Qualls stands out most due to it featuring Childish Gambino, Steve Arrington and Steve Lacy. Though a good song, what’s most impressive is comparing it to the following track Miguel’s Happy Dance. Thundercat outshines the others lyrically – surprising as Childish Gambino is so well-loved as a lyricist. The lyrics are simple but in such a beautifully perfect way: “Just do the fuckin’ dance, Even if you started to cry, It’s okay, Everything will be alright” is such a ‘I could write that’ instance, but often simplicity is much more challenging (hence why, even 40 years after his murder, John Lennon still manages to connect to so many people).

It Is What It Is is an album made to listen in one full sitting. When focusing on individual tracks, it is easy to pick out many similarities in all of them, but this is obviously not Thundercat’s desired vision for consumption. With so much great talent bursting from the Compton music scene, Bruner moulds them together. Collaborating in a way that is unique to him, he allows all the musicians and artists to shine, whilst preventing them from ever stepping on each other’s feet. Play this album in the background whilst you relax at home – letting it seep into your bones subconsciously – this is where it truly excels.