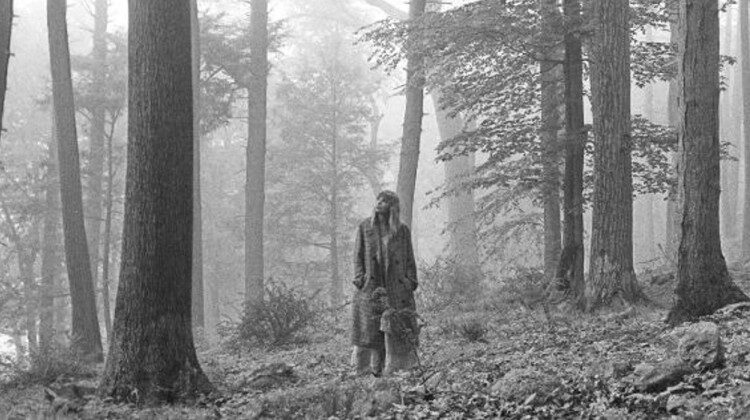 Despite this crazy, covid-fuelled 2020, we’ve actually had a pretty damn decent year of music. In fact, you could even say that the pandemic has helped shape the face of music in 2020 with surprise lockdown albums, livestream gigs, and finding new and interesting ways to get music out to the masses without live venues and festivals. So, as the end of the year draws ever nearer, we give you our writer’s top albums of 2020!

What a treat this album was. There is something for everyone: bossa nova, trip-hop, punk rock – you name it, this album has it. What’s more, Song Machine: Season One is bound to make you fall in love with genres that you never previously gave much thought to. Gorillaz have expertly collaborated with a variety of artists to produce some stunning tracks including The Pink Phantom and Désolé, but there is truly enough material to have you playing the entire album on repeat (and the fact that Gorillaz made it into my top five Spotify artists of 2020 even though this album only came out at the end of October is proof of that).

These Japanese rock legends have proved that they’ve still got it more than three decades after their debut. Their ever-evolving musical style never fails to keep listeners interested – and ABRACADABRA is no exception to this. In true BUCK-TICK fashion, the band have innovated once again, this time with a more electronic sound but all the while staying true to their own distinctive style that constantly evades categorisation. Standout tracks include SOPHIA DREAM, Bōkyaku (忘却) and a more textural version of their single Kogoeru (凍える). If you’re a lover of alternative rock, this album is for you.

On their bewitching and succinct debut for the impeccable Bella Union imprint, the shadowy duo known as Drab City served up an intoxicating maelstrom of rumbling desert funk that seamlessly drew upon dream-pop, trip-hop, torch song, dub, jazz, soundtrack and doo-wop flavours whilst mapping out resonant and haunting terrain of its own. Equal parts David Holmes, Shangri-Las and Barry Adamson, its warped psychedelia unspooled like discombobulating fragments of a fevered mind.

Swift’s Lockdown reinvention as doyen of the campfire and log cabin strum was one of the biggest and most welcome surprises of the year. Her gorgeous, mercurial and introspective release, Folklore, successfully melded a flexing of her storytelling muscles to ruminative and wistful thrums and plangent arrangements. This was no tokenistic plaid-shirt makeover but a pensive re-setting of her tasty narrative candour within brooding, pithy and delicate chamber-pop and folk layers. Teaming up with the likes of Justin Vernon and Aaron Dessner made for less gloss, more nuance and an audacious upgrade.

Milk Teeth returned this year with their second and final album, ‘Milk Teeth’. The eleven-track LP is a ripper. It is aggressive as it is uplifting and fresh as it is nostalgic with its 90’s alternative feel. The vocal stylings of lead singer Becky Blomfield hark back to the 90’s Riot Grrrl movement as does the song structure and overall guitar tones, which is no bad thing. Unfortunately, Milk Teeth would be the band’s swan song as they announced in September that they were disbanding.

It has been a topsy turvy year for sure, none more so than in the music world. Pop acts such as Taylor Swift and Miley Cyrus have dominated my airwaves. But there is one album that has struck a real chord. Confetti by Little Mix is infectious. From its singles Break Up Song, Holiday, and Sweet Melody, to the sleeper tracks such as Not a Pop Song and Rendezvous, it’s literally all killer. Confetti being pressed on splatter vinyl is also a great touch. Little Mix have matured in their role as the biggest female pop band in the world.

The narrative is personal, yet extremely relevant to the times we are living in and so many experiences. Subjects covered include domestic abuse, memory and childhood, all swimming in an indulgent, gorgeous psychedelic sound world that is immensely rich. Since reviewing this in July, I haven’t stopped devouring the whole thing and find something new every time I listen.

This is the kind of album best experienced in one long, pensive sitting. As expected of 21 Savage, it’s dark, rich and extremely grounded. It takes serious talent to produce a whole record on mostly the same vibe, but with just enough variance to maintain engagement. And it has Morgan Freeman in it.

It would be an absolute scandal to discuss albums of the year and not include this masterpiece of a record. In a year filled with turmoil and uncertainty, it is the exact type of sound that you need to just sit back, take a minute and relax. The musical talent of everybody involved is on show for all to hear and what is most important is that it sounds as if they had a great time in the process of making the album.

If you’re looking for a soothing record to get deep with then this is most certainly the one for you. It showcases a plethora of UK spoken word and hip-hop talent with guest appearances from the likes of Loyle Carner and Manga Saint Hilare. Frankie Stew and Harvey Gunn have a great future ahead of them and this album will no doubt sit on a long list of mega releases from the duo in years to come.

Bright Eyes – Down in the Weeds, Where The World Once Was

Returning from a nine-year album hiatus, many Bright Eyes fans had been waiting a while for this one, and it doesn’t disappoint. Feeling more like an amalgamation of ideas from their previous records, you really have a lot going on here. From the skillful wordplay from Conor Oberst to its delightful hooks and melodies, the album flits easily from folk-laden beauty to synth-influenced loveliness to Celtic-themed randomness. It’s a truly inviting listen and well worth the extended wait.

Phoebe Bridgers’ sophomore solo album Punisher builds on the strength of her debut release, adding in more of a confidence and honing of her song-writing skills, while also encompassing a sense of playful morality that never goes amiss. From the upbeat melodies of the excellent Kyoto to the downbeat beauty of the country-tinged Graceland Too, Bridgers manages to portray a wide variety of inflicted emotion with hidden depth and meaning. A mesmerising and accomplished record.