Home » articles » The Streets: None Of Us Are Getting Out Of This Life Alive – Review 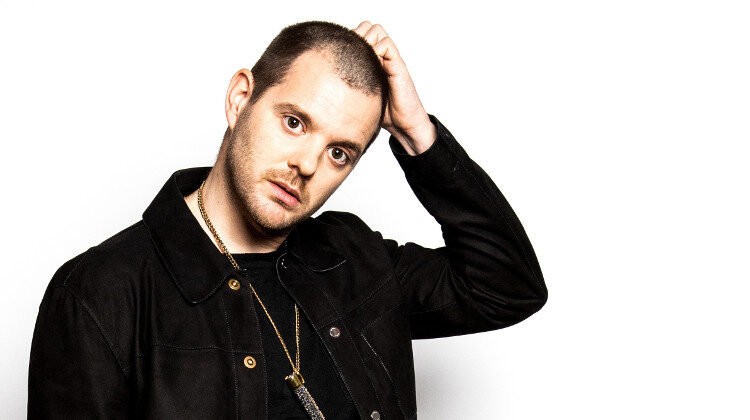 Mike Skinner returns with The Streets new record, featuring a handful of collaborations and flecks of originality to remind us just why we loved the project in the first place.

Mike Skinner is unquestionably a pioneering figure in British music and his latest mixtape None of us are getting out of this life alive joins The Streets’ extensive back catalogue that spans more than 20 years. Despite its generic variety and collaborations with contemporary artists, however, this mixtape is unlikely to be revered to the same extent as The Streets’ earlier music. Skinner has described the release as a ‘rap duets album’: an honest reflection that may be responsible for its occasional lack of originality. Although individual tracks shine through, others are lacklustre and musically incomprehensible.

The opening track, Call My Phone Thinking I’m Doing Nothing Better featuring Tame Impala, does not sacrifice Skinner’s signature sound, but the monotonous tone and circular repetition left me a little lost. Conversely, Falling Down featuring Hak Baker is stylistically incoherent due to the bizarre combination of kids TV-style arpeggiated piano and heavy drums, creating queasy cross-rhythms and generic confusion. Furthermore, the incessant repetition of “None of us are getting out of this life alive” throughout the mixtape made the phrase lose any meaning it once had, becoming staler each time it was peppered into a verse. The most enduring theme is Skinner’s fixation on the invasion of phones in our daily lives. This is a valid concern, but it often felt like being lectured by an out-of-touch relative rather than offering meaningful critique on this issue.

Despite these inconsistencies, some individual tracks are absolute gems. Ms Banks’ iconic line “I’m from M&S babes, you got a better chance at Lidls” in You Can’t Afford Me had me laughing out loud and Skinner’s lyrical frankness offered some moments of genuinely meaningful humour, such as “Every girl has a guy in her inbox talking to himself” (guilty…). These raw reflections added a freshness that would briefly offset Skinner’s stale obsession with the dangers of technology.

It’s great that Mike Skinner is championing other artists, without sacrificing his signature DIY, Birmingham sound on which The Streets originally rose to fame. It may be that this mixtape has allowed him to make the kind of music that he wants and work with contemporary artists he admires. That said, this release often gives the impression that Skinner is more concerned with creating a space in which to articulate his own thoughts rather than meaningful dialogue or pontification on some very pertinent ideas about the modern world.