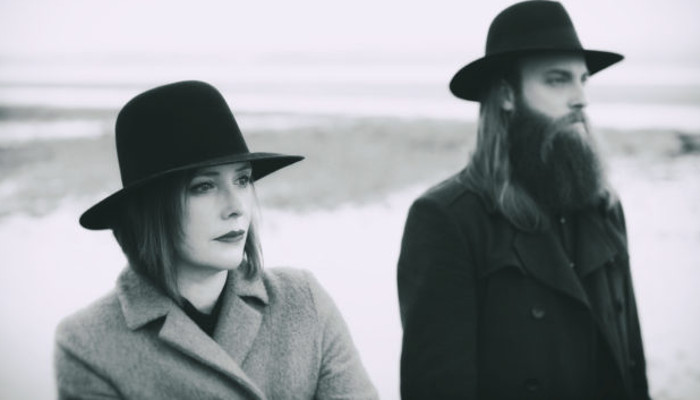 Husband and wife pairing The Soft Cavalry produce sonic magic by pooling together shoegaze, folk and orchestral pop for an intoxicating debut.

The forward-thinking Bella Union label’s latest release is the eponymous debut by The Soft Cavalry, a twinkly-eyed, sure-footed hybrid collaboration between Slowdive singer Rachel Goswell and her husband Steven Clarke which dips into rapturous, widescreen dream-pop as well as ambient, chamber pop, kooky folk and spacey post-rock. If you’re searching for a quintessential summer slow-burn record then this is it, couching tender, devastating and intense lyrics of love, faith and disillusionment in an airy, lush soundscape which strives for a transportive resolution and optimism in its robust examination of life’s vicissitudes.

Ostensibly harnessing the heartfelt creative vision of Clarke, a man who’s been on the periphery of the indie scene for years but only began to pursue song-writing seriously when he became Slowdive’s tour manager in 2014 and met his guiding star, The Soft Cavalry conjures an arresting and soothing catharsis from its tapestry of layered sonics and introspective psychedelia. 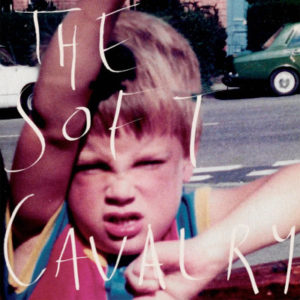 Assisting the newlyweds in this wistful web are drummer Stuart Wilkinson, guitarist Tom Livermore and Midlake keyboardist Jesse Chandler, who recently became a member of Mercury Rev. The latter is an interesting development, for the ethereal weightlessness of the Rev’s Deserter’s Songs masterpiece permeates this glorious canvas, particularly on stand-outs such as Mountains, The Velvet Fog, Only In Dreams and Careless Sun.

The album kicks off with the hypnotic thrum and earworm guitar lick of Dive, a dreamy number whose reverb-laden combination of exhilaration and immediacy is reminiscent of Beach House; it provides a perfect opening salvo as it builds and mutates to an abrupt denouement. Bulletproof is the nearest to a pop banger, a glimmering mesh of spiralling guitar, rippling drum loops and crystalline harmonies worthy of Angus and Julia Stone or Oh Wonder. Goswell assumes centre stage on the elegant torch song Passerby, which coats her voice with crepuscular atmospherics against pretty harpsichord and brooding piano.

The spectral Home begins as a sparse, chilly acoustic meditation before launching into an epic, kitchen-sink post-rock maelstrom, while the delicate finger-picking and orchestration on The Light That Shines On Everyone beguile with their diaphanous beauty. Mountains is a mellifluous pocket symphony, luxuriating in weepy, Disney-like strings and the epic grandeur of Mercury Rev or Flaming Lips.

Awash with enveloping shoegaze textures and imagery drawn from the natural world, Goswell and Clarke’s vocals blend seamlessly with the swooning instrumentation to sculpt an existential sound world that’s both troubled and comely.