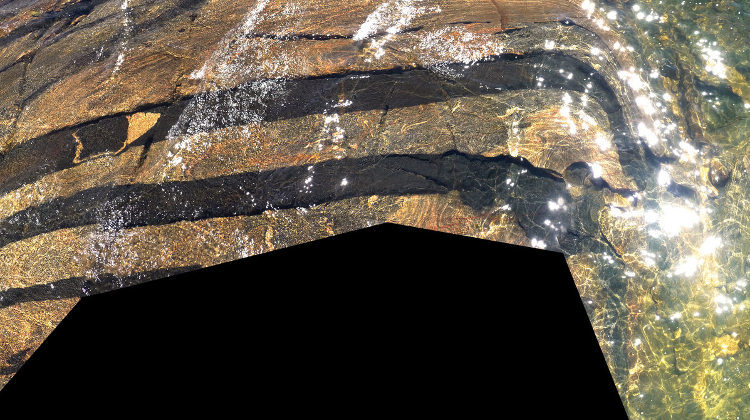 Improvisational musicians The Silence Collective really have a way of painting a picture in your mind that is mesmerising and unique. New release, RiverChants is a powerful collaborative effort that really demands your full attention if you’re going to get the most out of it. Conceived to deepen the understanding of the plight of water and waterways, the experience creates vivid imagery and ideas amongst unsettled soundscapes, ethereal moments and calling on both cosmic and local paradigm shifts.

From the first track Born of a Cloudburst … A Sparrow Takes a Beakful of Water, you know you’re going to be involved in an intriguing and special sound. From the opening educational spoken word section, ambient sounds and rhythms are added in as the vocals mingle, overlap and mix to make an ominous atmosphere. Deep string-style pieces ebb and flow against dripping water before the track becomes lighter, more fluent and almost tongue-speak adds a psychedelic, world music flavour. As mentioned above, the record is not for the casual listener, but one who will deftly listen to the changes in music and appreciate the twisting flows and ideas. The track’s 20 minute run time also allows it to explore a vast array of different melodies and instruments.

You do get a sense of an extra member to the band being the spirit of the water as the record moves onwards, especially in second track Alive. Only a quarter of the length of the opening track, this one seems short and sweet at 5 minutes. With hints of Jazz rhythmically, the dripping of water has turned into a settled flow and the music is vibrant and twisted, feeling as if the water is taking its own journey and working its own path. Relying on twisting, picking guitar and a vocal track that dips in and out of unrecognisable words and soundscapes, the track brings in strings later on to create a warmer atmosphere.

Its Music a Form then slows things down, feeling more menacing and edge-driven, perhaps the calm before a storm. It had a psychedelic edge once again with distorted strings, bright plinks and synthy sections pulsating against sporadic, echo-laden vocal pieces. Of Memory … A Watershed ends this ‘thinking outside the box’ experience, once again keeping with the slow and contemplative vibe. The vocals take more of a centre stage here when they enter the fray and it’s an intriguing end to a strange yet powerful journey.

You have to be in the right frame of mind and willing to enjoy experimentation if you’re going to enjoy RiverChants, but if you are, it’s a truly mesmerising listen. You can almost feel the spirit of water throughout the swelling, meandering and flowing routes the music takes. Different ideas ebb and build amongst the experimental soundscapes which throw you into another world of folklore and the mystical. An intriguing listen.