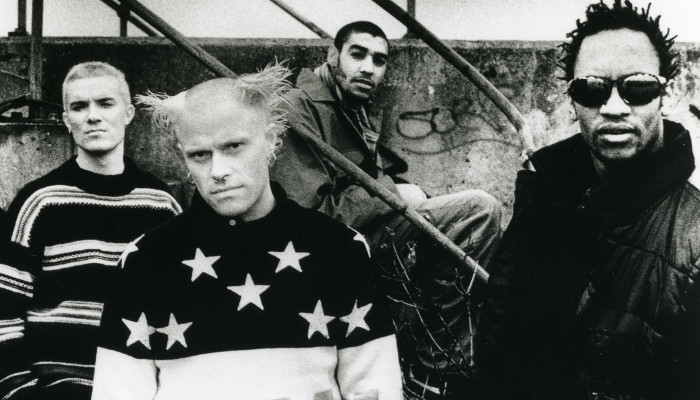 In July 1994 British dance outfit, The Prodigy broke out of abandoned warehouse raves and kicked in the doors of both the alternative and mainstream genres with their sophomore release; Music for the Jilted Generation.

The mid-’90s was a time where the music scene outside of the pop charts was a strange landscape. Dance music was waning, Grunge had exploded and imploded, indie was slowly slipping back into the underground and modern alternative rock was in its infancy.  The kids were crying out of something new and The Prodigy gave it to them.

Music for the Jilted Generation was recorded at the back end of 1993 and early 1994. Composed solely by the brains behind the operation, Liam Howlett with lyrical contributions from the bands live M.C. Maxim.

The opening intro and first track Break & Enter are very much in the vain of the Prodigy’s first release Experience. It’s not until you get to the third track, where The Prodigy collaborates with indie guitar band Pop will eat itself, that their new direction is established. Their Law opens with vocals “What we’re dealing with here is a total lack of respect for the law!” as heavily drop tuned twin guitars irrupt with a distorted groove.  The song builds until a war call of “FUCK ‘EM AND THEIR LAW” introduces a third ‘live’ guitar to the mix. This is a far cry away from the band that bought us Charly, just two short years ago. 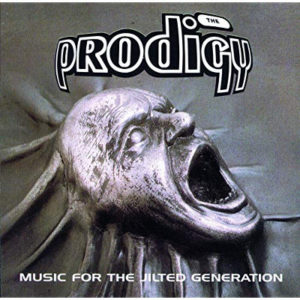 In track five Voodoo People, The Prodigy use that mix of old and new style again with a Nirvana-inspired riff running throughout. It’s heart pumping and exhilarating, a dance floor filler.

The most successful single on the album, which reached number four in the UK charts, is No Good (Start the Dance). The track takes its main vocal line from the Kelly Charles’s 1987 song You’re No Good For Me. Liam Howlett’s vision and mastery of the remix make No Good a colossal dance hit. It has all the dynamics and rhythms to be universally pleasing to the ear and makes your heart dance.

When I look back at the album, I am reminded of one thing: Change. Not just for the band or for 90’s music, but a change in me personally. In 1994 I was 18 years old and I was rigidly stuck in an unwavering mindset, I was a ‘rocker’, and nothing was going to change that. Then whilst watching MTV2 I saw the video for Poison. at that moment in four short minutes, The Prodigy turned my musical beliefs on their heads.  The infectious beat, melodies and vocals from Maxim had me hooked.

The Prodigy stayed true to their dance routes but had grown so much by the time Jilted was pressed. They were now crossing and challenging the dogmatic views of music genres. They were dance, alternative, pop, hardcore and they were Rock!

Within the inner sleeve, a painting by Les Edwards depicts a metal like festival goers cutting a rope bridge across a gorge that divides a corporate and capitalistic police state and the festival in a field generation. But you can’t help thinking that this goes deeper for The Prodigy. Is this a metaphor of the band distancing themselves from the growing corrupt rave scene and aligning themselves elsewhere?

Playing through Jilted can leave the listener conflicted. Are you supposed to dance likes its’ a rave, headbang like it’s a Motorhead gig or throw your fist in the air and shout like it’s a protest rally? The answer is all the above and much more.

If music history tells us anything it’s that every ten years or so there is a shift. An ever repeating shake-up that has come in many names and forms over the decades, but stands for the same thing: a need for change. The Prodigy brought that change.  To summarise, Music for the Jilted Generation established the band as the genuine article with its finger on the pulse of the youth. It laid the path for the group to become huge and the biggest British (insert genre here) band of the ’90s.