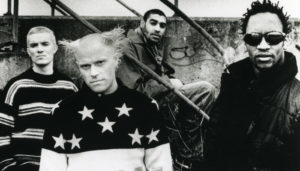 In July 1994 British dance outfit, The Prodigy broke out of abandoned warehouse raves and kicked in the doors of both the alternative and mainstream genres with their sophomore release; Music for the Jilted Generation. The mid-’90s was a time where the music scene outside of the pop charts was a strange landscape. Dance music was waning, Grunge had exploded and imploded, indie … END_OF_DOCUMENT_TOKEN_TO_BE_REPLACED