Home » articles » The Ninth Wave: Heavy Like A Headache – Review 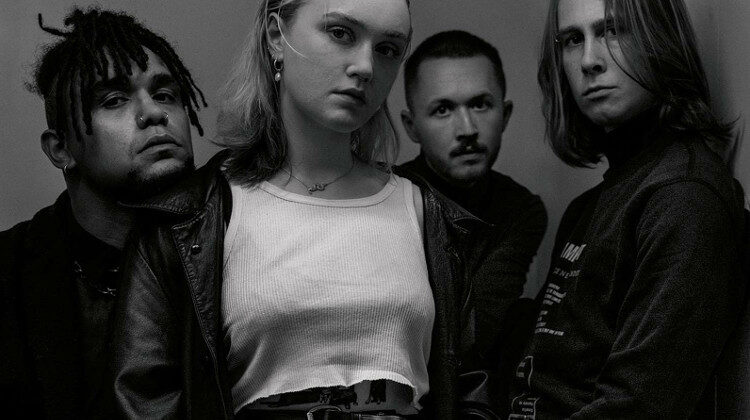 In 2019, The Ninth Wave – consisting of Haydn Park-Patterson and Millie Kidd with Kyalo Searle-Mbullu and Calum Stewart accompanying on synths and drums – released their debut studio album Infancy, which landed the group nominations for AIM Album of the Year and Scottish Album of the Year (SAY).

So it’s pretty safe to say that many folks were highly anticipating the release of their sophomore studio album Heavy Like a Headache, and that’s why I’m extremely happy to report that the album is truly great and is even better than their debut.

The album opens up with an extremely short yet oddly off-putting tune sung by Kidd, instantly letting us in on the fact that this album isn’t afraid to get weird and crazy. It’s a moody album opener and one that I won’t soon forget.

This then flows perfectly into my favorite track on the entire record, Maybe You Didn’t Know, which serves as a large-scale epic, filled with absolutely beautiful harmonies and a killer instrumental that sounds like something you’d hear in an 80s coming-of-age movie, and I mean that in the best way possible.

The group also branches a bit out of their comfort zone on this record with songs such as Heron On The Water and These Depopulate Hours being hugely memorable standouts. Both tracks have hints of that beloved Ninth Wave formula that fans have come to love and appreciate, but it’s also a little bit different than anything they’ve ever done before. They managed to strike a wonderfully balanced chord.

A large portion of these songs feel larger-than-life and somewhat intimidating to listen to. Heavy Like a Headache is an album that’s filled to the brim with tons of pulse-pounding instrumentals and absolutely impeccable vocals throughout.

If there is one problem I have with the album, it’s the fact that after a while, it starts to lose a little bit of its kick. You simply get used to the way the album flows later on, and it would’ve been nice to have gotten some more surprises down toward the end of the tracklist.

Even still, though, The Ninth Wave’s sophomore album just proves that this group is one of the most exciting to grace the music scene in years.