Home » articles » The Maytals: From the Roots – Reissue Review 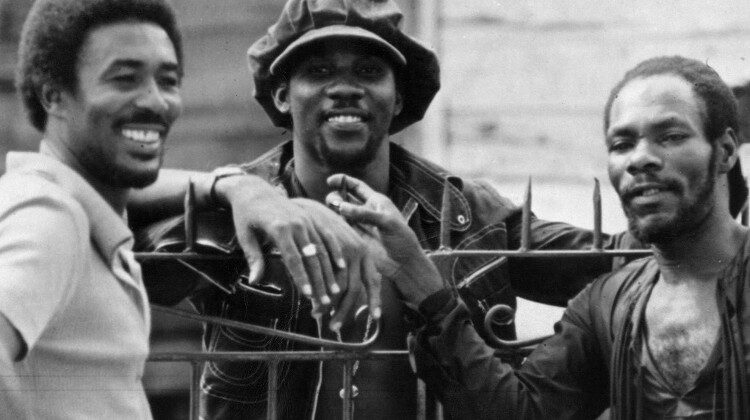 Music on Vinyl reissue The Maytals’ From the Roots, a record of a group transitioning into one of the mainstays of reggae music.

When you think of The Maytals, most people these days would put the name ‘Toots’ before it. Before they added Frederick ‘Toots’ Hibbert’s name at the forefront in the late 70s’ and became the household reggae roots band we all love, they put a lot of work into transitioning into the reggae stars they became. 1973’s From the Roots is a great example of this transition, showing off a more lively, ska vibe in places with some of the best vocals and addictive, bass-laden tracks they’ve ever offered up. Reissued by Music on Vinyl, the record comes on 180-gram orange vinyl with original cover art and limited to 750 copies.

Kicking in with the inventive and vibrant Pee Pee Cluck Cluck, you’re straight away impressed with the quality of the recording for a record originally released in 1973. Guitars are impressively bright against the tight and settled drum playing with Toots’ vocals crisp and full of energy. The track itself is a showcase to the faster pace set out on the record with some tight vocal riffing and backing vocals holding everything together. Loving Spirit follows and continues the warm disposition among reggae beats and lyrics of happiness, love, and kindness.

As with many of The Maytals’ records, From the Roots focuses on love and spirituality as its mainstay of content, breathing life into the music through the power and forthrightness that comes with emotions built around these topics. Gold and Silver has the rhythm and fun attitude of earlier hit Monkey Man by once again drawing on that pace and free love attitude, whereas Koo Koo features a more dexterous guitar track with the vocals more settled and deeper than on previous songs.

As we get into the deeper cuts we’re able to hear the transition and difference in ideas that this album has to offer, even if sometimes they’re very subtle. One Eye Enos might still have that faster pace but it has some of the catchy and playful nature found in later Toots and The Maytals tracks, changing tone and structure at the drop of the hat before switching back and settling into a chorus. Got To Feel then changes things up completely with more emphasis on both vocals and backing vocals, even becoming distorted in the chorus amongst a catchy riff and party atmosphere.

The record ends in an interesting fashion with a cover of the Lennon/McCartney penned Give Peace A Chance. The Maytals up the pace once again and make it almost unrecognisable from the original, with some of the most enigmatic vocals on the record. You almost feel out of breath yourself as the band jam mercilessly in a track that refuses to end quietly.

From The Roots is an upbeat and enjoyable record of a band transitioning to their more well-known sound. It shows off their work ethic and energy, showing why they earned the right to be one of the biggest bands in reggae.