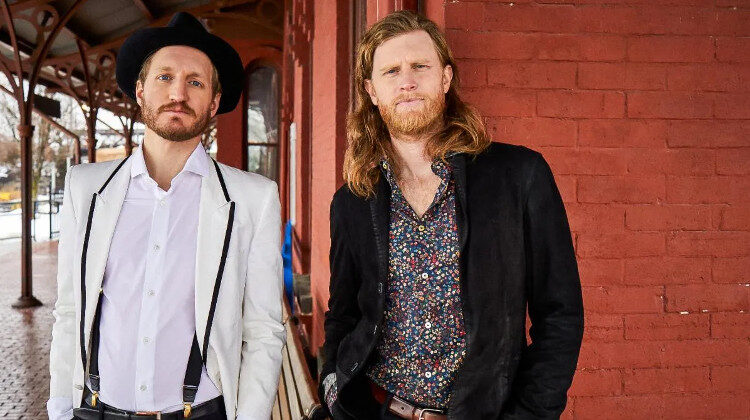 Although The Lumineers’ new album Brightside isn’t one of their best, it still paints a beautiful portrait.

Almost all of us remember the first experience we had listening to one of our favorite bands. The first time I had ever heard any of The Lumineers’ music was when I was a teenager, hanging out with one of my best friends. We were in my room chatting for a good hour about life and music, at which point he said he wanted to show me an indie band he was certain I was going to love.

My friends know my musical taste so I had high hopes when he showed me The Lumineers. After he showed me the songs Ho Hey and Angela, it’s safe to say that I immediately became quite the big fan, and I have been ever since then.

To me, The Lumineers are one of the most peaceful and relaxing indie bands ever formed. If I’m ever having a bad day, I almost always have at least one of their songs on my playlist to cheer me up. And while Brightside is nowhere near as good as their previous efforts (their best is still Cleopatra), it is nevertheless a great album filled with plenty to appreciate.

The album opens up with the title track which proves to be one of the best on the entire record. It’s a sweeping, slow-moving guitar anthem that manages to creep up on you in excellent ways. And it also shows that they are still capable of writing great lyrics all these years later. “You were tired of Tacoma / I was tired of believing we were right / Losing every other friend / Finding nothing in the afterlife”, lead vocalist Wesley Schultz explores.

My favorite on the album is track two – AM Radio. What a beautifully moving song. It reminds me so much of that old-school Lumineers sound, back when they were an extremely small indie band that was just trying to make it big. It’s an emotionally charged, intimate, and laid-back track that perfectly sets the mood. It may even bring some tears to your eyes as it did to me.

Not every song on this record is great, however. I sadly found myself not being too impressed with tracks such as Where We Are and Big Shot. They aren’t weak vocally or lyrically – far from it – they just simply didn’t stand out to me and I don’t see myself ever wanting to go back to those songs especially when tracks such as Brightside and AM Radio exist.

Gratefully though, the album finds its footing again with Rollercoaster, yet another extremely emotional and hard-hitting song that’s sure to get you in your feelings. “They were always dying to know you / You could always see it in my eyes / Everyone was holding their breath, so cold / But I – I forgot / I forgot”, Schultz ponders on the track.

Although some songs don’t stand out as much as I was hoping, that doesn’t change the fact that Brightside is yet another great album from The Lumineers. All these years later, they have proven once again that they are one of the most real indie bands there is. They always have a vision and they always see it through.