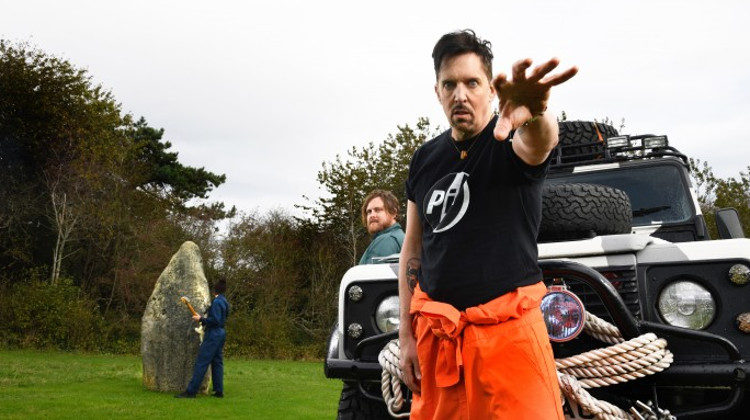 The Imbeciles self-titled debut is a mayhem of sound with an acquired taste, distinguishing its purpose in modern music.

The Imbeciles, an amalgamation of musicians from London, Los Angeles and Texas, recently released their self-titled debut – a hardcore experimental whirlpool where each song barely reaches two minutes. Recorded directly onto two-inch tape (on the Texan-Mexican border), the album is thirteen politically driven tracks that can only be described as an audible fever dream.

The album opener, Panic, is introduced with resonant bass and a loose drum beat, whilst a noisy guitar clumsily makes its way around the two. Most teenagers born after 1980 will have Nirvana’s Bleach embedded into their veins and, if so, this track will give you comfort. Sounding like one of Cobain’s forgotten deep cuts, there is nothing to love or to particularly hate, as there is little in the track that evokes emotion. With each song on the album barely reaching two minutes, this is not a negative, as the band blatantly do not want to tire the listener after the first track.

Guitarist and lyricist Butch Dante says that the band are “trying not to adhere to the conventional wisdom of what a band should be, and who should be in it”. The result of mixing musicians with a plethora of musical backgrounds and tastes can be heard throughout the album and though at times it can be a difficult listen, sometimes it pays off. One example of this is the track One Hand Tommy. With all the instruments hitting each beat in unison, the song gallops, making the chorus brilliantly powerful by disjointing this rhythm. The band seem to have thrown the metronome out the window – which in this musical day and age is welcomed and refreshing – with the tired vocals asserting this relief.

Heard one minute into One Hand Tommy is a high pitch tone, similar to the ringing in your ears after the best of sweaty gigs. Yes, this isn’t the nicest of sounds, but the album has sprinkles of noises like this throughout, adding dimension to an otherwise straightforward body of work. At times, you’ll hear computer-like sounds, or the prog-rock-esque oscillation towards the end of Action Motion. Again, The Imbeciles are being unconventional with their approach; however, the infrequent use of these textures works in their favour.

Experiencing The Imbeciles can only be portrayed by its brilliant use of Jacob Cornelisz van Oostsanen for the album cover. Incoherent, bizarre and manic, it understandably won’t be to everyone’s taste. It will take a few listens, you may even find yourself skipping tracks upon the first spin, but once understood, it has its uses. Amongst the hustle and bustle of streaming services where music has a tendency to become white noise, this album is a welcome cleansing of palate.