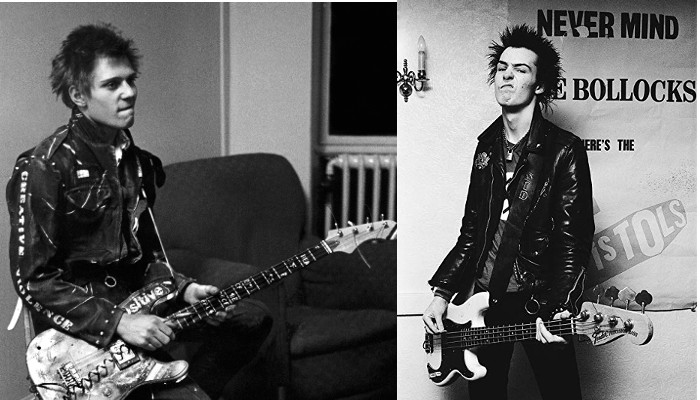 We take a look back at the converging and then, ultimately diverging directions of two of punks most recognised bass players: Sid Vicious and Paul Simonon.

Arguably there were two influential bands that came out of the British Punk Rock scene in the mid-’70s: The Sex Pistols and The Clash. Although there was a stark contrast of each other in their fashion, outlook and music style, they had one thing in common, they both had bassists who had never played bass before and were recruited on their ‘look’ alone.

After the departure of Glen Matlock, the Sex Pistols had John Simon Richie thrust upon them by Pistols manager Malcolm McLaren. Richie famously went by the name, Sid Vicious. Even though Sid had no experience playing bass his attitude and avid following of Sex Pistols got him the gig. 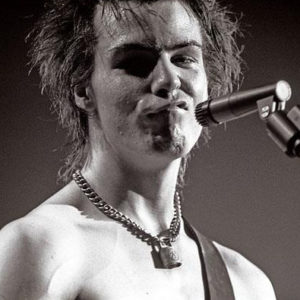 On the other side of this story, Mick Jones was putting a band together and had seen a fellow student hanging around the art college he attended. Tall, lean, well dressed and popular with the female students; Paul Simonon looked like he was already in a band and Mick Jones knew he wanted to be in a band with him. Just like Sid Vicious though Paul Simonon could not play bass.

On paper, Sid Vicious had a head start. He had just joined a well-established band, with a set of songs, basslines already written by Matlock and a growing fan base. Simonon, on the other hand, was holding onto the enthusiasm of Mick Jones and, quite frankly, hated the idea of being the bass player. Paul Simonon had no desire to be stuck in the rear with the gear; he wanted to be front and centre like Pete Townsend of The Who. Acceptance is the first step though and Simonon agreed to be the bassist and that he was going to be right at the front with Jones and Joe Strummer.

There is little known about how Sid Vicious learnt the basics of the bass, The assumption has always been the Steve Jones, the guitarist of the Sex Pistols showed him enough and in early gigs, the bass rig was turned way down or even turned off, to mask the fact that Sid couldn’t play.

Paul Simonon, on the other hand, has been quite vocal about his early bass playing days. Again, like Sid, he was shown how to play by The Clash guitarist Mick Jones. Paul Simonon had “borrowed” a bass and Mick Jones had removed the strings and painted the notes on the fretboard with pink nail varnish. When rehearsing songs, Jones and strummer would shout out the notes of the chord changes to the young bass player. Fans in the crowd at early Clash gigs have said the notes on the bass guitar were clearly visible.

As our two stories continue, they still run in parallel. When it came to recording the debut albums, both the Pistols and The Clash had their guitarists record the bass parts on behalf of their respective bass players.

Finally, this is where the two stories split and go in opposite directions.

After the release of Never mind the bollocks, it all went crazy for the pistol punk rockers and Sid was in many ways the focal point of the band. With the newfound infamy came all the indulgence of the rock n’ roll lifestyle and Vicious feasted off of it all. 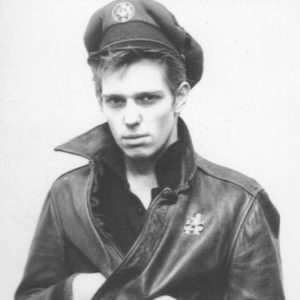 While the Sex Pistols and Sid were suddenly the darlings of the flourishing London music scene, Paul Simonon had fallen head over heels with the bass. He practised night after night whether the band were rehearsing or not. You could argue that Simonon had an aptitude for bass and Sid didn’t. But, like all good musicians, The Clash bassist put the time, effort and passion into his instrument. He studied his new art; he coveted his bass idols; he grafted and crafted his own style of playing the bass.

When Sid Vicious died in February 1979 the Sex Pistols were long gone, the punk bass player had relocated to New York to work on his solo career and, quite frankly, to get high. His bass playing had not changed much in the years since he took up the instrument. He was soon to be a reckless youth idol, but not for playing bass.

On the other side of the river, Paul Simonon had taking over recording duties off of Mick Jones, when The Clash recorded their second album, give ‘em enough rope and had already written imaginative bass parts such as (White Man) In Hammersmith Palais.

Plus, the best was still best to come with the release of London Calling and Combat Rock. There are some classic and iconic basslines strewn across those two albums. London Calling, Guns of Brixton, Rock the Casbah and Should I stay or should I go, to name a few.

These two stories tell of a great lesson of getting out what you put in, staying grounded and that passion and drive will always shine through. In the view of the wider world, Sid Vicious is the brighter star, but Paul Simonon is an icon of an era of political and social unrest. In the music world, The Clash bass player is still and will always be well respected, not just for is look and style but the music he created.