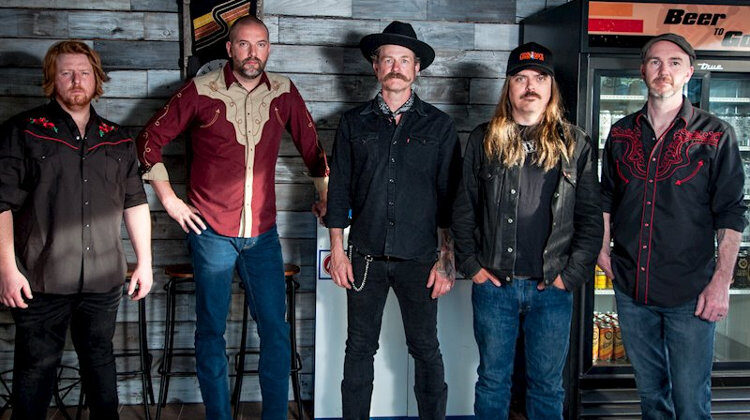 The Divorcees create a warm and inviting country sound that you can’t help but enjoy on the new album, Drop of Blood.

Moncton-based The Divorcees know how do deliver a slice of country-tinged nostalgia with the best of them. A tight band that have been playing together for fifteen years, this has created a group who know exactly how to tailor a well-recevied track and know how to please a crowd. Drop the Blood is a band showing off their prowess at their trade without just happy to provide the listener with exactly what they want to hear.

Starting with short intro track Caledonia Mountain, we’re straight away thrown into figer-picked guitar, settled country tones and a well-tailored sound to set up what the album is all about. Followed by the flowing and playful Dying Breed, the track builds slowly but surely into a warm and inviting sound with well-worn but delightful country imagery that flows well.

From the first two tracks you already know what to expect from the record, so the only thing to do is sit back and enjoy. The classically country titled Drinkin’ in the Afternoon builds layers of sliding guitar and beat-driven drums before doubling up the pace and coming out of its shell. Too Old To Die Young feeds on a settled but powerful energy to guide the track forward through soulful melodies and gentle piano.

Small Town City Boy is a wholesome and addictive track that shows off the bands tight sound against perfectly placed drops and fills. You can tell this band have been making music together for years as they effortlessly build structures and melodies that just flow so well. Ending on the album-titled Drop of Blood allows the band to sign off with a more country-pop vibe, playing on strong heartbreak and vivid imagery to tell its tale as all the good country songs do.

Drop of Blood by The Divorcees is a warm and inviting country album that doesn’t need to try too hard. You can feel the band have been writing and playing together for years and this comes through in the strong musicanship and tailored tracks. There might be a small lack of originality at times, but the record doesn’t need it; it’s comfortable in itself and in its sound. It’s an album of great country songs that is meant to be enjoyed.