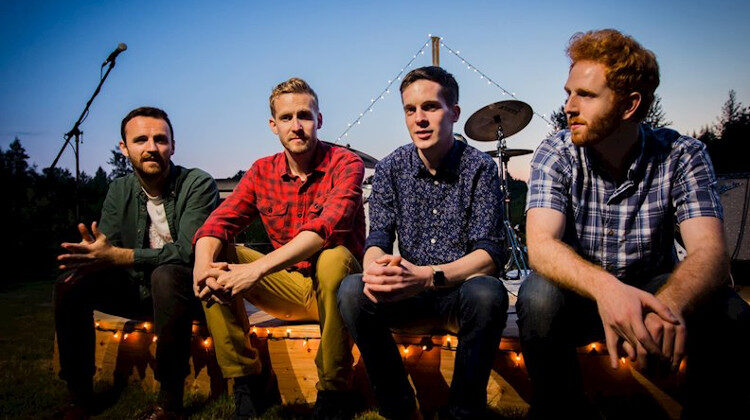 Soulful blues, country and folk are just some of the genres thrown into the melting pot on The Cole Patenaude Band’s new album, Are You Happy Now?

Langley-based The Cole Patenaude Band are a talented bunch. Able to switch lead genres at a drop of a hat and riff away to their heart’s content, lead singer Cole Patenaude can then wrap his vocals around anything the band throws at him. New album Are You Happy Now? Is a showcase of ideas and the formation of a sound that is still for the taking.

Letchugo opens with a thumping bass drum and fuzzy guitar riff setting up the bluesy, country sound. Trumpets add a little something different before Cole Patenaude’s vocals slide in with all the honesty and grace that suits the track well. The chorus changes the sound up, going for more poppy sentiments that help bring it out its shell. It’s a pleasant enough opener and sets up the record nicely.

For the Money follows, building on that country sound amongst a rolling drum beat and honky-tonk piano. It’s a catchy and well-balanced track and allows Patenaude to saunter along with all his guile and grace. There’s also time for the piano to shine as it takes the lead in a fine solo.

As the record moves on, you really hear the talent of the band and how they can easily shift to different genres taking the lead, making for a unique layout. How to Love slows things down with a rhythm and settled tones that Norah Jones would be proud of, then you’re suddenly hit with the heavy blues-rock, wailing guitar and Hammond organ of Compromise. Good enough then winds things back once again with an acoustically driven folk-laced effort with country undertones. Patenaude’s vocals adapt to the sound, but a couple more ideas throughout the track could perhaps help it stand out a little more.

As we get to the late cuts there’s no slowing down with a shift back to the funky blues of Barely Alive before hitting the ballad-like sentiment and slow pace of I Need A Win. The record ends on album-titled track Are You Happy Now?, going all 70s rock which builds to an electrifying chorus and makes good use of the big and brash against more settled and docile sections. This atmosphere is where Patenaude’s vocals really shine and stand out.

Are You Happy Now? Is a mixed bag of different genres flitting in and out, taking the lead when necessary to create varied and interesting tracks. It’s testament to the musicians to be able to change styles so easily and still create appealing music. Not having an overall sound might slightly dilute the record in some ways with the listener not knowing what to expect next, but with the power and dexterity of  Patenaude’s vocals, the music can usually stand up.