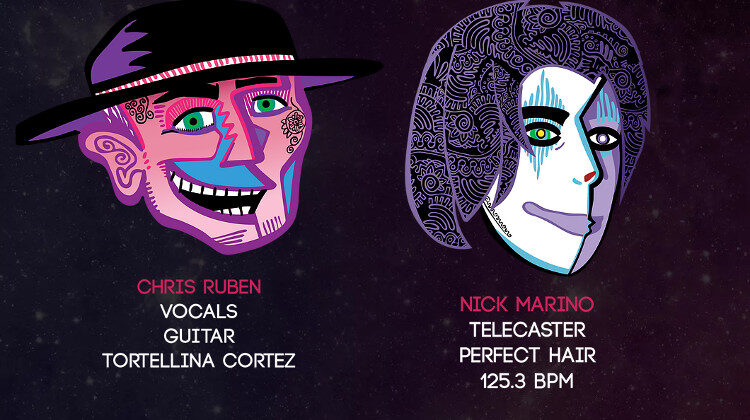 The Chris Ruben Band manage to mix funk, blues, and rock in versatile and interesting ways on album, Madness on Repeat.

New York-based indie-funk group The Chris Ruben Band knows how to have a good time when recording and it really comes through in their music. Album Madness on Repeat not only captures their live style and musicianship well but also allows the band to frequently build their way into big choruses and flit from funk to rock to pop to blues with ease.

Starting with Unsure, we’re straight away thrown into a Chili Peppers stylised funky bassline that gradually settles into its groove against settled drums and Ruben’s playful vocals. The track then makes its way towards a tantalising indie chorus that borrows its sound from 90s rock, ending with an inspiring guitar solo, showing off the skill of the musicians involved. It’s a strong opening only heightened by following track Won’t See You, a more settled and stipped back folky number that once again hits a hard and energetic chrous.

As the album rolls on, you realise this format is where the band feels comfortable, and they make the most of it where they can. Darling builds on that funky sound against punk-pop synth undertones that give the track that something different. Prayer for Sadness then pumps up the punk mentality even more as a fast-paced, riff-driven sound allows the band to unleash their energy in the most pleasing way. Ruben sings of familiar troubles in difficult relationships that many of us will be able to relate to: “You couldn’t just tell the truth you had to lie through your teeth”.

Where things start to get interesting is as the album draws to a close. It feels as though the band finally settles into their groove and are able to open up to more dextrous ideas and playfulness. Cold Shoulder features beautiful drum work from Russ Benjamin against more bluesy/jazz verses, whereas Give it UP is a live jamming, grungy guitar-building monolith that changes into a more punk track. It would have been interesting to see what they could have done with the more tantalising intro section, but it’s still a fun track. The record ends on Hernia, once again highlighting great musicianship amongst synthy, psychedelic flows all wrapped up in indie-pop melodies.

Madness on Repeat by The Chris Ruben Band is an album of musicians having fun. Their core funk sound is frequently and cleverly transitioned into punk-rock and indie stylings which especially help the choruses come alive in interesting ways. The vocals successfully help portray the emotion within the lyrics and match the dexterity of the musicianship well. An album that frequently hits home, and hits home hard.