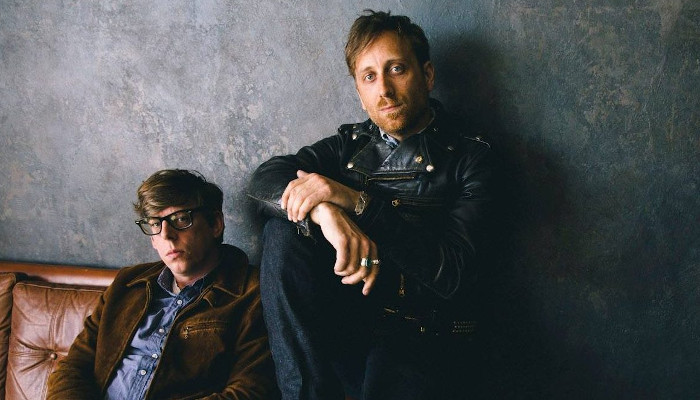 The Black Keys return with their ninth studio record Let’s Rock and look back to their early days for inspiration amongst fuzzy guitars and tight production.

It’s been five years since The Black Keys graced us with a new record, with some fans adamant that this was the end of the band. Previous single Go even parodied (or not?) tensions between singer Dan Auerbach and Drummer Patrick Carney in a pretty funny music video. But much to many a fan’s delight, they’re back with us and bearing new material in the shape of Let’s Rock. Featuring a more ‘back to basics’ sound, the record relies on their stylized fuzzy rock and pounding bluesy beats to get the message across, but this time with more polished production.

With opener Shine A Little Light we’re straight away faced with a high-soaring fuzz-laden riff as Auerbach sings of heartbreak in a way only few can: “Do you feel like you’re the only one living on a prayer, have you ever tried to love someone wasn’t even there”. His vocals feel a little tighter and tailored than usual to accompany the more produced sound over a live feel, but this doesn’t take away from a subtle but raucous rock opener. 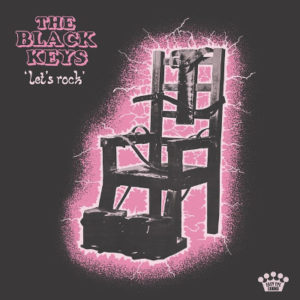 Eagle Birds carries on the ‘back to basics’ sound with its fast-paced dirty blues-rock and soulful backing vocals. Once again Dan builds lyrics around not being lonely and needing love, the stalwarts for any blues-rock track. Previous release Lo/Hi provides a little more substance and grit with help from ZZ Top style guitars riffs and a loud and proud chorus that doesn’t quit.

The Black Keys still get a chance to change things up with tracks like Tell Me Lies, however, slowing things downs with a fade-in opening spreading from one ear to the next against a beautifully tailored guitar riff, whereas Walk Across the Water features strong lyrics of Dan bearing his soul amongst Louisiana beats and strong melodies, sweetly calling out: “I can barely wait to get old with you”.

As the record progresses it does lose a bit of its bravado in areas. Previous single Go is a strange one to pick as a release because it’s really not as exciting as anything else on the record whereas closer Fire Walk With Me just doesn’t have enough new ideas to keep you interested. But there are still decent nuggets to find on the deeper cuts: Under The Gun manages to seamlessly mix old skool Black Keys with a nice turn in melody and all the suave and guile you’d expect from the band. This is all set against a solo guitar swagger that just won’t quit.

Let’s Rock opts for straightforward rock ‘n’ roll thrills, and it mostly pays off. There are a few new ideas that are introduced and good use of female backing vocals help to bring a few tracks out of their shell, but mostly the boys are relying on their instruments to do the talking. The sound the Black Keys opt for can be very restrictive which is apparent in areas, but with more polished production and Dan’s vocals on form, it makes for a good record to rock out to when you need that sweet, rock release.