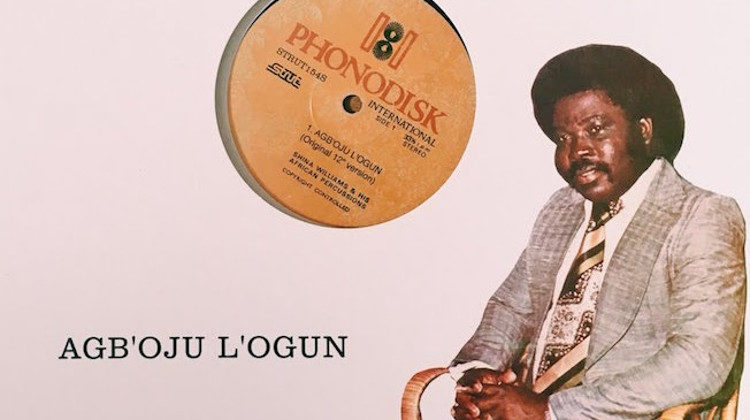 From Afro jams to soulful gospel, encompassing psychedelia, dub and Krautrock, Michael Sumsion runs his eye over the cream of the crop of 2019 reissues and compilations on vinyl.

The vinyl renaissance continued apace in 2019, augmented by a plethora of archival releases. With a spread of geography, genre and theme further widening the scope of product, this year has witnessed another remarkable glut of excavations of obscure, forgotten and lost music across a range of styles and eras.

The legendary 4AD label put out a deluxe, multi-format reissue of one of the cult landmarks of 1970’s pop, a commercial flop from the former Byrds singer-songwriter whose stature has risen over the decades to influence the likes of Screamadelica, Grizzly Bear and Fleet Foxes and assume the mantle of a holy grail of bespoke country-psych-soul. This expansive 1974 set fuses disparate genres with a palpable glee and an intuitive abandon, a piano/synth/guitar soundtrack of soul-searching propelled by a crack team of session musicians, pivoting around the soul and funk leanings of a taut rhythm section and adorned by choice backing vocalists including such luminaries as Clydie King. Songs like Some Misunderstanding, Strength of Strings and the title track are multi-textured, rhapsodic and spacious, ascending to an exalted state of epic, swampy and orchestral heft and grandeur. Unmissable.

One listen to Camille Doughty’s delirious strut, Elijah Rock, a mythic stand-out from Honest Jon’s wonderful collection of 1970’s gospel-soul courtesy of the Gospel Roots label, is enough to entice the listener into a veritable treasure trove of gritty, fiery and heartfelt testifying. This stunning 18-track set joins the dots effortlessly between funk, disco and soul whilst blurring the line between the spiritual and the profane, God and romance.

The UK’s premier reggae archivists, Pressure Sounds, uncovered a brilliant 1976 set pairing two of the decade’s stand-out talents, namely the roots vocalist Yabby You and sound sculptor par excellence King Tubby. With originals known to change hands for up to a grand on the Discogs site, this reissue is like manna from heaven, accommodating a slew of tasty outtakes and alternative mixes.

VARIOUS ARTISTS: ‘The Time For Peace Is Now’ (Luaka Bop)

The ever-reliable Luaka Bop came up trumps with this fascinating slice of crate-digging by Greg Belson, namely a retrospective of fourteen esoteric gospel 45’s culled from the Deep South of the 1970s. A sublime juxtaposition of the sacred and the secular, where the blues meets soul in church, these songs by the likes of The Soul Stirrers and The Williams Singers radiate a bruised intensity and a declamatory power.

One of the more peculiar re-releases of 2019 was Mort Garson’s eco-conscious meisterstuck from 1976, Plantasia; a hallowed, woozy opus of New Age synth wizardry designed to aid plant growth. File alongside Jurgen Muller’s Science of The Sea and Pauline Anna Strom’s electronic questing.

A gorgeous feat of archive raiding by those meticulous detectorists at Mr Bongo, this is a sultry, luxury-length Nigerian slice of Afro-beat from 1980 which pulsates and transports with its incendiary call and response vocals and hypnotic jamming.

My favourite of 2019 arrived from the premier musicologists at Numero Group, a beguiling slab of arpeggiated Krautrock from 1985 that stands alongside the best of Eno, Tangerine Dream, Harmonia and Philip Glass. Unmissable.