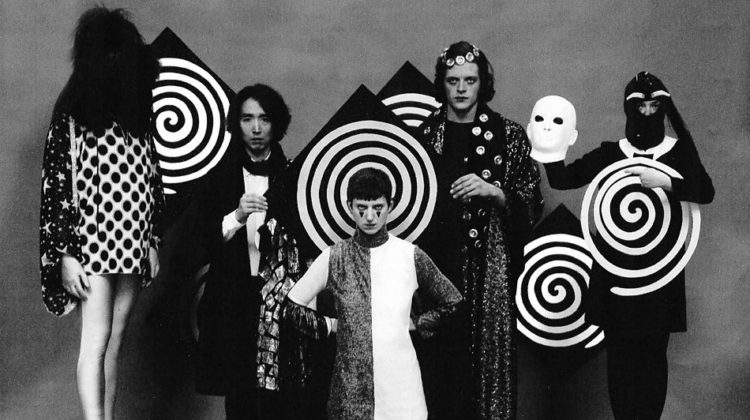 Tyler Okonma aka rapper, producer, director, songwriter and fashion designer Tyler, The Creator, wowed fans and critics alike this year with his Igor album, an idiosyncratic record steeped in gospel, soul and jazz influences. Its highlight was the Kanye West-aided single, Puppet, an insanely catchy ear-worm which sampled a 1970’s song by a short-lived British prog-rock act, Czar. The smash-hit, detailing a controlling and possessive relationship, is a razor-sharp, mellifluous and melodic delight.

The centrepiece of Olsen’s fifth long-player, Lark whips up an orchestral storm, ascending to a sky-rocketing peak, always on the verge of jagged dissonance but pulling away at the last moment. Roping in some lusty strings to flesh out under-powered material is a familiar trope for indie-rock practitioners burrowing out of a creative cul-de-sac, but here the whirring, scrawling and swelling makes for riveting and sumptuous listening, draping her feisty vocals in a fug of melancholy and howling despair.

Back in June, the Chicago indie-pop duo unleashed a tantalising taster for their second album, Forever Turned Around, a warm, beguiling slice of finger-snapping, blue-eyed soul using parping brass in place of a bridge. This is the bittersweet, languid and wistful sound of summer in excelsis.

In which the airy tenor of the Texan singer-songwriter cradles a deceptively gentle piano ballad that evokes the likes of Leon Russell, Elton John and Harry Nilsson. One of numerous stunning cuts from Texas Piano Man, a record stuffed with melodic charm and grace as well as the flamboyance of Liberace.

5. LAMBCHOP: This (Is What I Wanted To Tell You)

Kevin Parker returned in March with this irrepressible chunk of pool-side yacht-rock which builds upon the blissful strain of disco essayed on their classic Currents album; the sunlit keyboards and loping beats are guaranteed to make this a summer staple.

Cooper’s trilogy of albums shaped and informed by the psycho-geography of Orkney reached its apogee this year with the transportive swoon of Sule Skerry: Sillocks evoked Sigur Ros and the finest Max Richter scores with its delicate ambient magic.

2019 was the year in which the quirky Kiwi singer-songwriter crashed into the mainstream, propelled by this stand-out cut juxtaposing creeping unease and beatific veneration, acoustic guitars and mournful strings.

My favourite of 2019 was this intoxicating, Sun Ra-like tapestry of ethereal, incantatory vocals, circular rhythms and jazz piano chords; a missive from outer space retro-futurism conveying a plaintive mix of discombobulation and wonder.