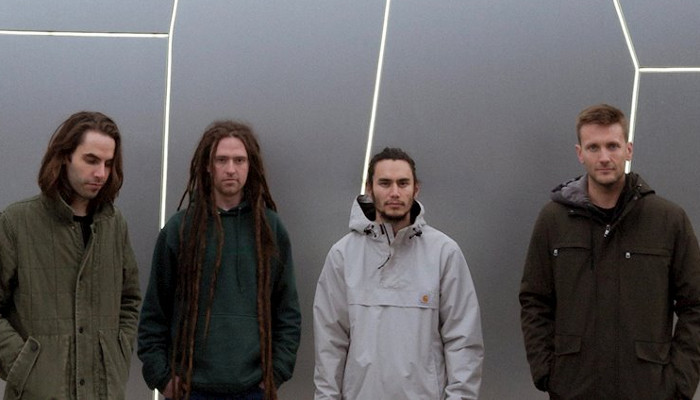 When you’re in a band, you usually have something to say, which is even harder if there are no vocals. New album Antipodes from The Basement Paintings, do anything but struggle against this, as the lack of vocals actually helps the music say a lot more. Touted as bringing up issues of opposed ideologies and exploring divine intervention, the record manages to create an atmosphere of duality amongst well-structured tracks and beautiful soundscapes.

Instinct starts the record in ambient fashion as sounds gently build before heavy guitars form in the background and rise up to front and centre. The track then settles down once more ready for the 8 minutes of strength in structure, visceral drum patterns and a plethora of interesting ideas. The non-vocal mentality of the record allows the musicians to build emotion and stories through the music alone, and the long running-time of each track gives them ample opportunity to do this. Reverb-laden and screeching guitar forms the basis for which all other layers follow, working well and never feeling drawn out or monotonous. 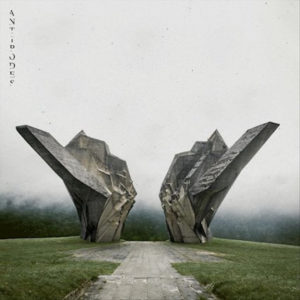 Gnosis opens with drum and bass dancing around each other to gradually form melodies and rhythms that settled guitars build from. If The Basement Paintings are masters of anything, its the slow and pondering openings. Once again, the guitar is given free rein to do as it pleases throughout, feeling like a psychedelic metal monolith with elements of jazz thrown in for good measure. Koan follows, and being the shortest track on the record, still takes it’s time to build which leaves it surprisingly short on ideas compared to its predecessors.

The record is developed around opposed ideologies, and with certian tracks, you really get a feeling of contrasting ideas against a collective consciousness – quite a feat without any vocals. This is seen at its best on Ziggurat as slithering reverberations lead into a wide spectrum of energetic levels that burst through without warning. This to and fro of ideas develops the contrasting points of view, that can perhaps be accredited to today’s political landscapes in countries like America and the UK with constant back and forth between opposing parties. Soma then provides a little respite from the progressive tones previously heard by building into a more playful and energetic piece. this speaks volumes about the diversity of the band and what they’re capable of.

The record ends with album-titled track Antipodes, and rolling in at over 15 minutes, it’s a lengthy closer. Once again, it takes a while to build, but once it does the sound is unleashed against waves of defiant guitars, psychedelic atmospheres and heavy-metal inspired drums. This all creates a story structure as instruments fade in and out, ideas are developed and the listener falls into a trance-like state.

Antipodes is a well-thought-out record full of interesting ideas. The lengthy tracks allow the band to develop these ideas at a steady pace, with nothing feeling rushed or out of place. The duality of the music is impressive with every instrument at one point or another taking on the role of lead vocals to give the tracks a character and substance. With a strong basis to work from, the only thing that would improve the record is perhaps an undercurrent of relief from the onslaught of heavy ideas, but I guess, life doesn’t always allow you that release and this could be the point the band were trying to make.