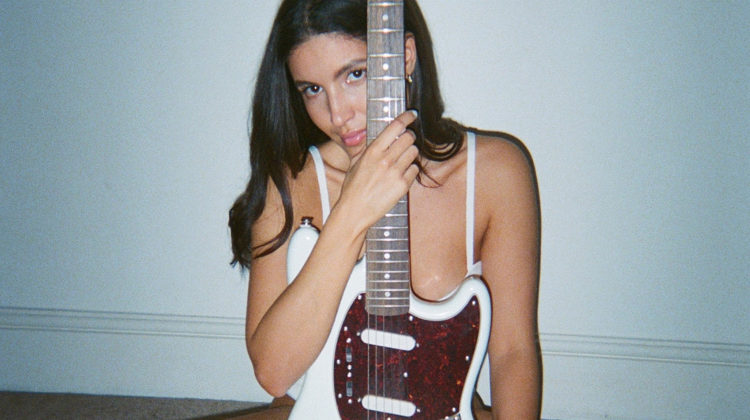 Tequisha impresses with her sweet and airy vocals against the soulful pop-ballad swagger of debut EP, Complicated.

UK-based artist Tequisha really has a voice that you can’t help but love. It just has a satisfying tone that can be subtle at times, but impressively technical at others. It’s the perfect accompaniment for the mix of ballads, pop undertones, and soulful swings on her debut EP Complicated, showing off the singer’s skill at holding tracks together.

Starting with the album-titled track Complicated but also adding A Love Letter in brackets, a spoken word section begins about the impossibilities of explaining what love is. We’re then thrown into warm piano against Tequisha’s honey-sweet vocals recorded against a live atmosphere; this doesn’t stop them from being crisp and always hitting their mark, however. The song is a tale about how the meaning of love can change with time, and it’s hard to figure out why we fall in and out of love with telltale lyrics to accompany: “Would you rather I just smiled at you and faked it, would you rather we just hod this till we break it”

Tequisha’s debut solo single follows in Maybe One Day, the singer once again providing a gorgeous vocal performance against piano which suddenly cuts out to reveal a subtle yet satisfying vocal-manipulated section. It’s the perfect breakup for a track that dances around mature lyrics of life taking you in different directions.

As Tequiesha settles into her groove, it feels as though the EP opens up the further in you get. Her influences of pop, jazz, and soul music may be littered throughout the record, but track Something shows off a little of each all wrapped in tight production. The drums intermittently rise and fall to create a beautifully realised atmosphere that Tequisha’s vocals dance around impressively.

This is then followed by the riff-laden Hopelessly Hoping with a synthy chorus that allows the music to really open up and the beats to bring out the different flavours in Tequsihas’ vocals. The EP ends on Let You Go with a bassy, alt-pop flow that sits well against the sweet and perfectly tailored atmosphere.

Complicated by Tequisha is an EP that showcases a singer who has found her voice and knows how to manipulate a song in a good way. Her vocals seem to become part of the track without losing any instance, even if her style is more settled than raucous. She controls the music with ease finding rhythms others would miss, which is all tied into an overall sound of pop-laden balladry. A fine EP that shows a promising future.