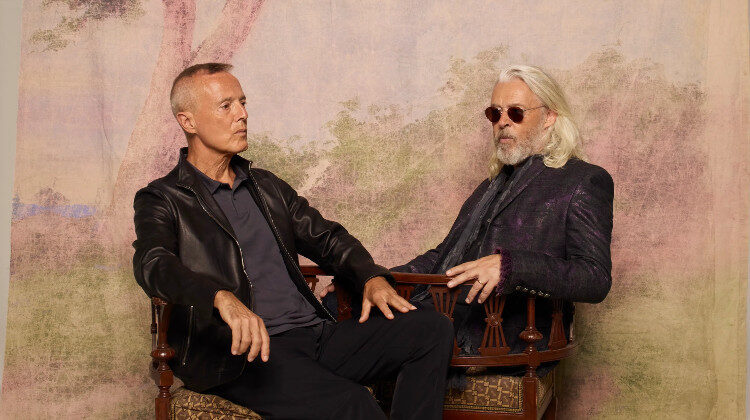 Fear not, because the latest studio album from British pop-rock band Tears for Fears – The Tipping Point – is a wonderful comeback.

When I was fifteen years old, I was absolutely obsessed with 80s music. My daily playlist essentially consisted of songs by Michael Jackson, A-Ha, Duran Duran, and, yes, Tears for Fears. Their second studio album, Songs from the Big Chair, is easily one of my favorite albums of all time.

And back then, I used to be fascinated with their story and I would pray that one day, they’d make another album. But I thought it would never happen. So many of my favorite singers and bands from the 80s have since stopped making music, which is why I never thought I’d live to see the day when Tears for Fears came out with a new album. But, miraculously, that day has finally come.

The Tipping Point is here and it’s excellent. Although it isn’t as impressive of a comeback album as last year’s Voyage by ABBA, it’s still an amazing reminder of just how phenomenal Roland Orzabal and Curt Smith are. We missed you guys.

Things get started in stunning fashion with track one, No Small Thing, a relatively slow and relaxing Tears for Fears song which is obviously a little striking considering how they are quite well-known for their intense pop anthems. The decision to start this comeback album off with them essentially saying “We’re back and we’re testing the waters a little bit with our sound” was marvelous to see.

This then flows smoothly into the title track, which is a nearly four-and-a-half-minute epic, fueled with the best pop-rock elements that made the band so memorable back in their heyday. If you were to show this song to somebody who didn’t recognize the name Tears for Fears and you asked them what decade this came out in, they’d probably say the 80s. It’s a hugely nostalgic song despite it quite literally not being old at all.

The song also brandishes some truly amazing writing as well, showing that even after all these years, the writing quality has certainly not diminished. “Winter done, they’ll soon be gone / From this unforgiving place / To that vague and distant void / Where the sunlight splits the eye”, Orzbal and Smith sing in one of the most memorable verses.

It’s not the only track on the album that sounds eerily reminiscent of their earlier music. Break the Man is an exceptional song and one that you’d swear was recorded back in the 80s. Infused with an infectious drum and guitar beat, this is a song that will be nearly impossible not to tap your feet along to while listening to it. It’ll definitely be in my head for quite a long time thanks to the hugely catchy chorus.

But my favorite on the album easily has to be My Demons, a feisty pop-rock anthem that makes you feel like standing up and dancing around. Aside from the incredibly memorable chorus, the song also features some of the best writing I’ve heard all year from any album, especially the lines “They will always find you when your cell phone is on / The satellites in space that spy on us with charm and grace / The middle man, the little man, the butcher and his dog / Turned on my beady eye, no need to wonder why”.

Of course, not every single song on the record is going to be as fantastic as others, and that’s usually the case with every album. There are always going to be some songs that you tend to want to listen to more than others, and that’s okay. Are Rivers of Mercy and Please Be Happy great songs? Yes, they are. But I absolutely won’t be listening to them nearly as much as songs

such as My Demons and Break the Man.

All in all though, The Tipping Point serves as a staggering comeback for Tears for Fears, showcasing that even though they have been out of the music game for almost two full decades, their brilliance was never extinguished.