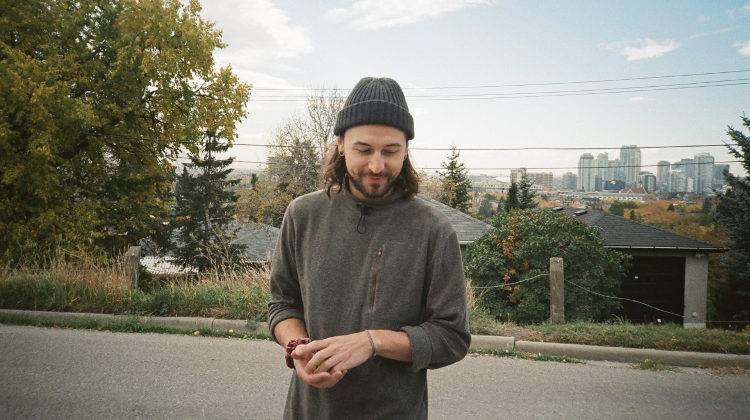 Tawni Bias creates a beautiful world you’ll want to come back to again and again on the album SEL Fellow.

Calgary-based indie-alt musician and producer Tawni Bias has really managed to realise a dreamy yet playful sound on the new record, SEL Fellow. Featuring a perfect combination of settled flows and, at times, vocal playfulness, the record managed to feel both serene yet complicated at the same time.

Starting with 30-second opener Admonition, you’re introduced into the dream-like structure of the record as strings, synths, and ethereal sounds combine before quickly sliding out and seamlessly continuing with track Two Poodles One Cake. Don’t let the weird name put you off though, the track is sublimely structured as acoustic guitar gently strums and picks amongst hypnotic melodies and settled flows. If you’re looking for a comparison to this album I’d point towards Becks more serene work on albums such as Morning Phase or Sea Change, both classics in their own right and featuring the same, mellow yet playful energy.

As the album progresses, you can feel the music gradually come out of its shell a little, leaning into that intentional healing effect that’s an underlying feature of the music. There are also areas of experimentation that takes front and centre. Cardamon is an intriguing, vocally infused track that uses layers to slowly build an electronica sound that is soothing yet complicated. Gossamer follows, once again focussing on vocal playfulness, but also bringing in an almost hip-hop level of beat creation and samples that make for an exotic yet appealing sound.

Pulling Starch pulls on the Tawni Bias soulful building of earlier in the record, once again, perfectly using vocals to build the track, but this time the music takes front and centre as we get to the meaty parts later on. You’re then hit with the beautifully paced Homily before finishing on the birdsong and acoustic guitar-infused Bantry – a pretty and emphatic ending.

SEL Fellow by Tawni Bias is a wonderfully dreamy experience that dives into your subconscious and will have you coming back for more. It manages to relax every bone in your body, but also keep you intrigued and alert – a feat that is hard to get right. The way the album is layered works perfectly and shows off skill at not just music building, but world-building.