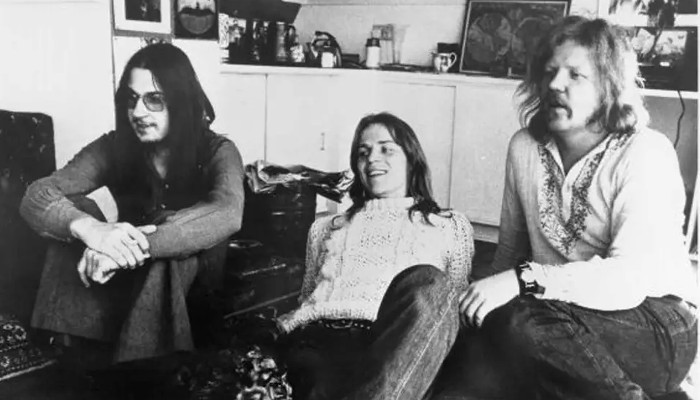 When you’re speaking about true pioneers of ambient and electronic music, it would be tough not to include German band Tangerine Dream. Founded in 1967, the band, under the guiding hands of founding member Edgar Froese, went on to take the ambient sound by the scruff of the neck and create tones, synths and sounds in a way that just wasn’t being done before. This led to the creation of an ‘ambient scene’ of which the remnants can still be seen today, as ‘pick and choose’ bands delight in discovering the best ideas from the past and creating new and interesting music. This release includes a mammoth box set of 18 discs focusing in on the bands ‘Virgin Records’ years where they further explored the use of synthesisers and sequences, being largely touted as their most successful and experimental period. From live sets to outtakes, remasters to bonus tracks, this is a real coup for any Tangerine Dream connoisseurs out there – especially as it includes a blu-ray with previously unreleased video content.

The journey through the boxset starts with work from the much-loved Phaedra recordings.  Gradual building of the tracks on Phaedra shows how steady and peacefully the music had been stylised, and how much influence Tangerine Dream has had on some of the bands of today. The simplicity in its structure is as beautiful as it is forgiving, but also plentiful in ideas as more sounds are thrown into the mix. In search of Hades sometimes feels like a showcase for what was to come, and Phaedra is where it all started. 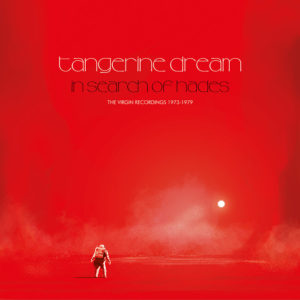 Live pieces such as Encore at the Victoria Palace Theatre in London highlight the translucence and appeal of the ambient sound on a live stage, making you wish you were in the audience to sample the delights. The music echoes around the room as electronica gradually emblazons the senses and cuts deep into your consciousness. As witty as they are haunting, the other live tracks are based around this same feeling and show a sense of congruency throughout. The band have even playfully thrown in an introductory piece by the late DJ John Peel – one of the bands early adopters – showing just how fond he was of the band and what a great music pioneer he was, able to pull artists from the ether and show people just why they are so great.

Moving forwards, Chimes and Chains from Force Majeure has the essence of 90s dance before it was even a thing as we hear beats push the ambience to its limits and a real taste of how music will develop in the years to come. 1975s Ricochet record also holds up very well, perhaps even the best in the box set as it saunters along amongst gently pulsing frivolities before a cinematic scape takes over, reminding you of disillusionment and a dystopian future. Riffs holding together shoestring melodies and synths form a glue around the eccentric sounds that envelope intermittently. It’s amazing to think this was done in the 70s, sounding as fresh today with more recent artists still using similar sounds and ideas. The outtakes on the record manage to show yet another side to the band, with their slow and steady pace thrust into the limelight in ways fans wouldn’t have heard before – this will be a definite key pleasure for some.

In Search Of Hades is an intriguing, beast of a box set, making it one for the hard-core fans out there. It gives the listener a glimpse into an ambient-electronica band’s mentality at the forefront of the genre. It has everything you’d want, from remasters of classic tracks to outtakes and live recordings that put the meat around the bones of previous albums that deserve huge credit to the genre. Delving into these tracks is a step back into a time that was looking to the future whilst trying to second guess where things were heading. Tangerine Dream dared to question where the world was going, and musically, their ideas still live on today.