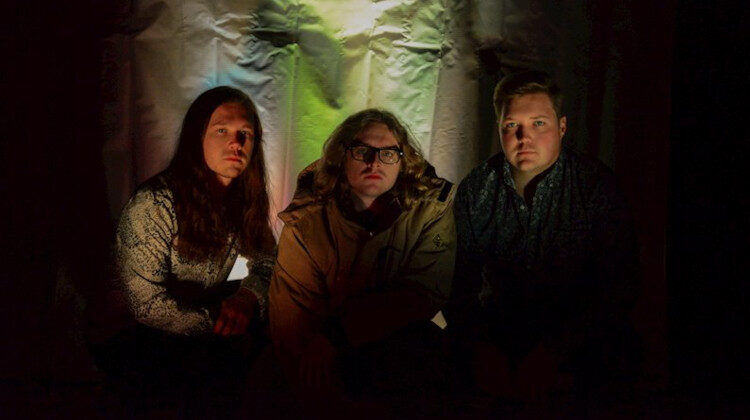 Swansgate release a swathe of psychedelic pop loveliness that builds its strength through other genres.

Psychedelic pop band Swansgate are a lot more than they’re letting on with that description. With an underbelly of psychedelic guitars, bass, and drums, the trio manage to envelop different genres into the fold seamlessly and skillfully. Becoming Someone is a band showing what they are all about in a mesmerising way.

Lost in the Sun starts the record in fine fashion as swarming synths and psychedelic guitars combine in a settled intro leading up to Stu Draughn’s crystal clear vocals. I even a sprinkle of auto-tune in there highlighting the mix of old and new technology to develop the psych-chill sound. It’s a breezy opening that grows in stature as the drums properly kick in more than halfway through to pull it all together.

Followed by Island of Lies, we’re treated to a more guitar/sitar-laden flow that hypnotises as much as it caresses, delving into your soul before being spat back out amongst dance-stylised beats and a 90s, Primal Scream-esque hue. Lust for Love then builds on a gentler playfulness before entering an almost RnB/hiphop flow. It’s a brave choice to go with against the lofi-psyche atmosphere, but the boys pull it off well.

As we delve deeper into the record, you do get the feeling this is more than a psychedelic album, as the experimentation into other genres continues. Why Need Someone? feels like a blast from 80s Bowie mixed with an essence of Pink Floyd whereas Notice Me pulls on the heartstrings against synthy pop playfulness and a hint of folky dance akin to a mix of Daft Punk and Flaming Lips. Again, another interesting mix that is pulled off well.

As we move towards the record’s end, Moving Forward gives off a little more solace and reflection as a slow-burning piece that builds with warm and sunny energy before switching it all up with a funky beat and delightfully catchy flow. We then end on Embedded Rhythm, digging into remnants of Jazz and mixing it with dance beats and those manipulated vocals that have more presence here than anywhere else on the record.

Becoming Someone from Swansgate might be touted as a psychedelic record by some, but it’s much more than that. The way it manages to integrate different genres under this banner is impressive, and just shows the skills of songwriting and performance that the band possess. With this album, you’re taken on a journey through different soundscapes and structures that is hard to resist and easy to get lost in.