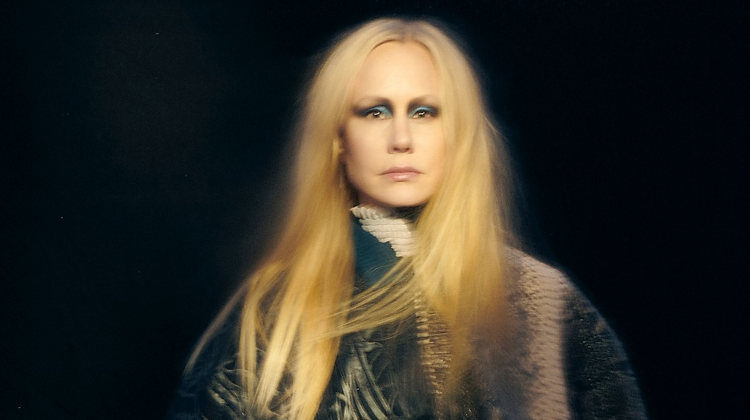 Over the course of a thirteen-year career, the captivating, noir-infused music of the Norwegian singer-songwriter Susanna Wallumrod has consistently inhabited the darker corridors of life, whether it be in tandem with Morten Qvenild as Susanna & The Magical Orchestra, as a solo artist or working with Jenny Hval.

Her favoured setting is a portentous, stark and brooding soundscape from which her blackened lyrical explorations probe the parameters of love, desire and loss, always hewing closely to the sombre essence of things.

Characterised by ghostly, muted arrangements, a steady grace and bewitched, angelic vocals that elicit warmth from the darkest depths, Susanna’s pitch-black canon frequently yields moments of startling beauty. She has a masterful way with a far-flung cover version, witness her austere deconstructions of classics by the likes of Abba, Joy Division, Leonard Cohen, Black Sabbath, Prince, Dolly Parton, Nico, Sandy Denny and AC/DC amongst others.

Nobody can accuse Susanna of being coy about her influences or shielding her audience from her cultural hinterland; 2018’s Go Dig My Grave marshalled together English opera, chain-gang blues and Appalachian folk to doomy effect and last year’s Garden Of Earthly Delights riffed on the medieval paintings of Hieronymous Bosch with a palpable sense of dread and foreboding.

Her latest exploration, recorded in Stockholm’s Atlantis Studio, is another conceptual marvel, pairing ten works from the debauched nineteenth-century French poet Charles Baudelaire with her languid piano and emotive, Joanna Newsom and Kate Bush-inflected pipes. Teeming with allusions to lust, terror and decay, Baudelaire & Piano combines a butterfly-wing delicacy with a hushed melodic wallop; this is the sort of fully-realised, immersive work that can only emanate from an artist operating at the peak of their powers. Even during its morose and lethargic episodes, it recalibrates each poem to hit all the familiar Susanna notes.

The most immediately striking feature of this record is its relentless consistency of mood, tempered with slight and unpredictable detours. The lyrics and music fit together naturally like a hand in glove, with a hands-off production strategy sustaining a tone of cob-webbed chamber gloom; her spacious and ethereal ballads luxuriate in a middle-of-the-night languor.

From the first bars of opening masterstroke The Dancing Snake, which bears traces of PJ Harvey’s The Devil in its regal, ascending piano and intimations of keening Newsom quirk in its enunciation, Susanna’s opus delivers seething and intense tales of wolves, pagans, witches and perverts with enough pathos and crestfallen yearning to invade the stoniest of hearts.

Longing For Nothingness soothes and haunts with its hallucinatory claustrophobia and hopelessness festooned in discreet gothic flourishes, whilst Burial possesses an air of menace, dipping into the abyss of sinfulness and driven by thick and heavy keyboard chords. The pretty Meditation is shaped like a Chopin prelude, a slow dance around central piano motifs that convinces and seduces through understatement rather than direct assertion.

Elsewhere, The Vampire spins catharsis from its swooning Laura Nyro cadences, and A Pagan’s Prayer lulls the listener into a reverie with its crystalline piano and high-pitched medieval croon. Her vocals provide a huskier presence on the sparse and naked The Ghost.

Baudelaire & Piano is a disarming release that cuts through the hubbub and anxiety of these turbulent times; every moment of this is worthy of your attention.