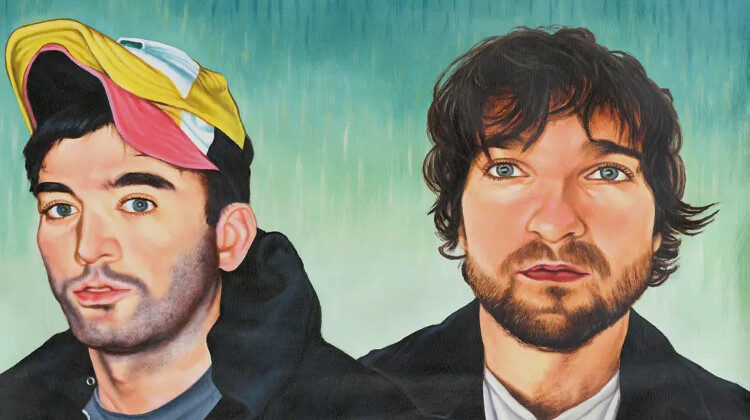 The title of the record refers to the Zen Buddhist meaning of “shoshin”- the practice of adopting an open and eager mind when studying a subject, much like a beginner would. By fusing this notion with movie-themed sources of inspiration, each song delivers a quietly powerful message through the duo’s astutely perceptive lyrics and unique creativity.

Given Sufjan and Angelo’s trademark low-fi harmonic sound, you wouldn’t be foolish to expect a collection of songs based on love stories and romances. However, the film genres jump from dark unsettling horrors, such as Silence of the Lambs, to dynamic action movies like Point Break, to the heart-wrenching German film masterpiece, Wings of Desire, which the opening track- Reach Out- is based on. It’s a beautifully soft melodic song that champions remembering and using history to make changes in our current world. Being the first track, it gives a clear indication of how perfectly Sufjan and Angelo’s wavering vocals and gentle acoustics work together.

Lady Macbeth in Chains, inspired by the 1950’s Hollywood classic All about Eve, is a fictional insight into the pressures of being on Broadway and the jealousy and insecurity that comes with it. The song starts off as being down-tempo and subtly progresses into an uplifting chorus, showcasing the beauty in the duo’s synchronised falsettos. Both Sufjan and Angelo have a notably hushed, effervescent quality in their voices, and the two combined evokes an innate sense of vulnerability and humanness throughout the album.

The duo’s movie-themed creativity takes a somewhat darker turn with The Pillar of Souls, a track inspired by the American horror Hellraiser III. The intricate construction of haunting vocals, acoustics and discordant electronica paints a celestial soundscape for the song, making it a pretty cinematic listening experience. You Give Death a Bad name continues the horror theme, opening with the ominous lyrics “Shot to the skull or a strike to the brain, as you withdraw, you give death a bad name”– a reference to the gruesome scenes in Night of the Living Dead. It’s another meticulously constructed track that feels reminiscent of the 70’s psychedelic rock era, as an experimental pitch change in the latter half leads into an echoing harmonisation between Sufjan and Angelo.

A Beginner’s Mind and Olympus switches to an action movie theme, with references to Point Break and Clash of the Titans. Both feel more stripped back than the previous tracks and the soft sounds of a strumming guitar combined with ethereal harmonies is like a warm hug to the ears. Murder and Crime feels particularly poignant. It’s draped with melodic synths and acoustics, which are accompanied by the contemplative lyrics, “Oh god, I’m lost in the antiphon, Where does everything go when everything’s gone?”- a reflection of the inevitability of death.”

To commit to isolating together for a month, ritualistically watching a movie every night, and then writing music about it the following day, it’s evident that the pair share a mutual discipline in their creative approach. Combine this discipline with Sufjan and Angelo’s philosophical minds, distinct experimentalism, and artistic talent… you are then wowed with a spectacular album. A Beginner’s Mind is music production in it’s purest, most retrospective form.