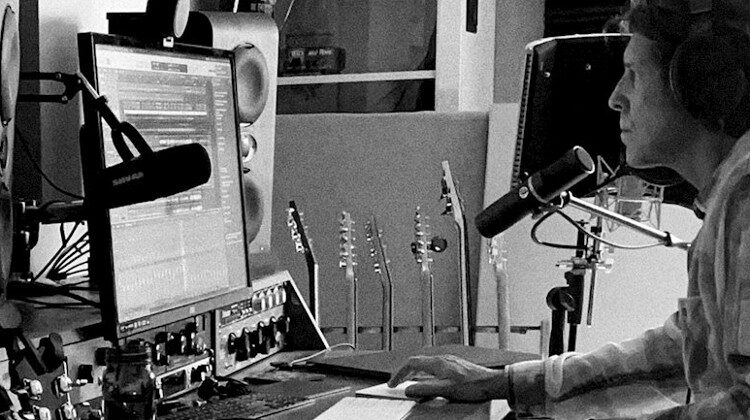 Santa Cruz-based singer-songwriter Stel Furet has a natural ability for mixing thought-provoking lyrics with chilled-out rhythms and blues, and he does this very well throughout Human Nature Machine. With lyrics based around heartbreak, hope, reflection, and more, there is something in there that everyone will be able to relate to.

Starting with 33 ½, you get a feel for the settled rocky blues sound that Furet is renowned for. With vocals that resonate well, the flow of the track reminds, at times, of something Australian rockers Jet would pull out of the bag in the early noughties, who, in turn, found inspiration from the Rolling Stones. Hammond Organ compliments the song well and sends it home nicely.

Just For Me follows, a slower, pondering track that relies even more heavily on chilled-out blues, as lead guitar is given free reign to come and go as it pleases. Furet is having fun here, taking his time to build the atmosphere against lyrics of love and loss.

Chelsea is where things start to feel a little different, even though keeping to his bluesy world. Keys are added into the mix from the outset, allowing a slightly more seductive flow against hints of Pink Floyd psyche-rock. Many of the songs on this EP feel like they’re going to explode at some point but ultimately they hold back, creating clever anticipation, but Chelsea almost does. This, for some, would leave a feeling that it really should have let go a bit more, even though the guitar still wails mercilessly at points.

Next Tuesday keeps with the piano for a sultry opening before heading into a fuller, drum-laden sound and on-point vocals that’s hard to resist. The EP ends on The Mirror, a gentle caressing sound, once again building against those female backing vocals that really manage to take hold as they join in with Furet. It’s a warm and inviting finish that shows off strong production.

Human Nature Machine by Stel Furet is an emotionally pleasing journey through five easy listening songs. Guitar work is great, vocals are talented, but at times I just feel it’s missing a bit of an ingredient, either another layer or a bit more energy. It’s still a great listen, however, and has a bluesy quality that is hard to resist, especially after a long day at work.