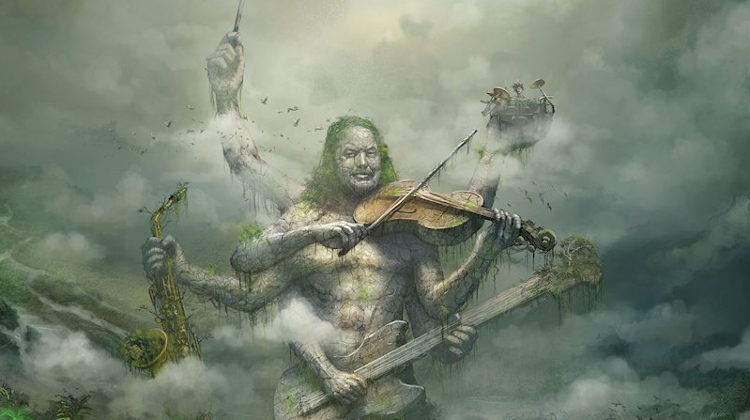 Sqaunky Kong breaks out a heavy rock sound on the adventurous and eclectic Dawn of Cataclysm.

Los Angeles-based hybrid rock artist Squanky Kong, aka James Michael House, has really let himself go on new record Dawn of Cataclysm. Enlisting the help of an impressive team of musicians to bring his sound to life, the music mixes a heavy rock base that flirts with other genres and also delivers hard-hitting lyrics that will make you think.

Starting with Across the Uncanny Valley, we get our first taste of that hybrid rock style as big fuzzy guitars enter the fray amongst 80s heavy metal solo work before settling down into a warm groove. The bass takes a walk as Leah Martin-Brown’s vocals reign in the heavy beginning, before once again hitting hard and powerful. Her vocals work well in both the hard and soft, rounding off an impressive opener.

Know End Insight follows, carrying on the 80s metal vibe, this time fast-paced and full throttle all the way through. Lyrics of malice and fight litter the track, calling on a world that needs help: “Run away from the brutality we must always fight to stay alive”. The vocal rhythms can sound a little strange at times but you tend to get used to them. Parade the Plastic Planet is an interesting track with an eclectic rhythm that reminds of the more psychedelic songs from bands like The Who, calling on the world to sort out its environmental issues if we are all to survive.

There are many big messages in this album, with Michael House not afraid to put his point of view forward in interesting and brash ways. War By Proxy is probably one of the heaviest tracks on the record musically, a growling vocal performance that skates along on the razor-sharp guitars. This is all tied together by raucous lyrics, at one point asking the question, “Do You Know Who You Fight For?”. Traitors in the Midst is an epic Black Sabbath-esque rocker that builds around a central riff, twisting and turning in different directions over 8 minutes. It might run out of ideas a little bit near the end, but the guitar work is exemplary, in fact, the entire performance is very well structured.

The record ends of the more settled and playful We Make the World, showing off a different side to the music that incorporates a more reggae beat at times before once again growing in stature and releasing rock mayhem. This ebbs and flows in different directions, bringing in ideas from different genres making for a delightful closer.

There’s a lot of good ideas throughout Dawn of Cataclysm by Squanky Kong, and Michael-House has managed to fit a host of genres and influences under a hard rock banner. The record is a powerful release of ideas that rattle through the artist’s head, and even though it doesn’t always hit home cleanly, overall, the record is a playful and enigmatic bunch of songs.